Suga set to take office as Japan's next PM 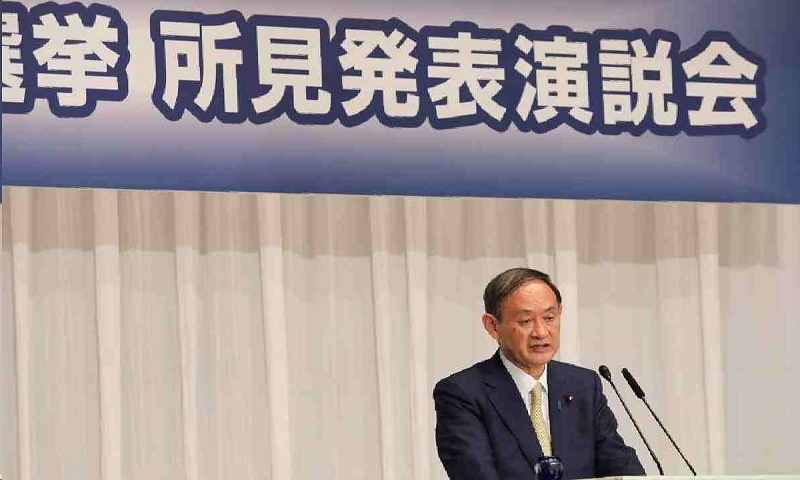 Yoshihide Suga, the newly-elected ruling Liberal Democratic Party leader, is set to take office as the new Prime Minister of Japan on Wednesday.

Abe said he had given his all during his time as the national leader.

Yoshihide Suga is now set to take office as Japan's new prime minister later on Wednesday after he is selected at an extraordinary Diet session.

Along with their junior coalition Komeito ally, the LDP dominates in both chambers of Japan's bicameral parliament and Suga will be certain to be chosen to be the next prime minister.

Suga's premiership will last through the remainder of Abe's term as the LDP leader until September, 2021.

Later in the day, Suga will announce the members of his new cabinet before being formally inaugurated at a ceremony at the Imperial Palace.