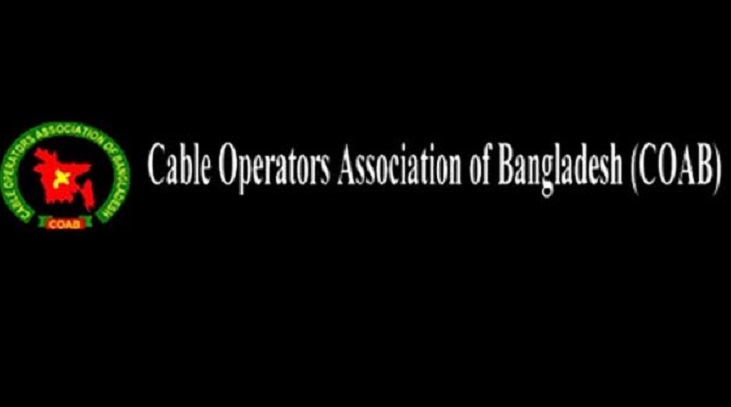 Entrepreneurs in cable television business are struggling to survive due to ‘discriminatory regulatory policy’ for the country’s broadcasting sector, a trade body leader said.

Talking to the daily sun on Tuesday, he said cable operators are counting penalty charge as they cannot renew licences due to ‘silent role’ of Bangladesh Television (BTV), the regulatory body for the cable TV operators.

Anwar said BTV has stopped issuing licences to cable TV operators since August 31. Cable operators are now trying to get licences but the BTV authorities are not paying heed to them.

In this situation, entrepreneurs in the cable television business fear ‘sudden drive’ by the district administration in different parts of country, he added.

Cable TV businesses run at two levels. Cable operators downlink the signal of television from satellite in divisional level while feed operators distribute the signal to customers through cabling up to union level.

Out of total 5000 licensed entities, some 1432 cable TV and feed operators are counting penalty charges as they could not renew licences due to BTV has stopped issuing licences since August 31.

On September 10, COAB sent a letter to the Information Ministry mentioning BTV’s ‘unfriendly’ attitude to cable TV operators. The COAB leaders are now waiting for discussion with the information minister on the matter, Anwar said.

The COAB leader also demanded that the government declare the 25-year-old cable TV business as industry and give a timeline for digitization of the business.

There are some 5,000 licensed cable and feed operators in the country which has created jobs for around five lkah people, he added.

He also claimed that the cable operators have been facing extortion in different parts of the country by local influential people.

“I can cite an example of extortion. Sumon Das, an influential person in Chirirbandar upazila of Dinajpur. He has long been engaged in collecting illegal toll from cable operators and other businesses. Besides, local administration recently conducted sudden drives and charged the operators penalty,” Anwar added.

Cable operators also expressed concern over the ‘unauthorised digital streaming services’ being provided to the customers in the name of IP Television and OTT platforms.

“We have been doing business legally for the last 25 years. Some 35 TV channels depend on cable operators to reach content to viewers. We also carry news of government activities. However, for over the last two decades, policy makers support the IP television and OTT, Anwar said.

He also suggested that the government formulate a guideline for digitization of the sector and also recognise the cable TV business as ‘an industry’.

Some 4000 cable and feed operators pay ‘huge amount’ of money to the government exchequer annually as license fees.