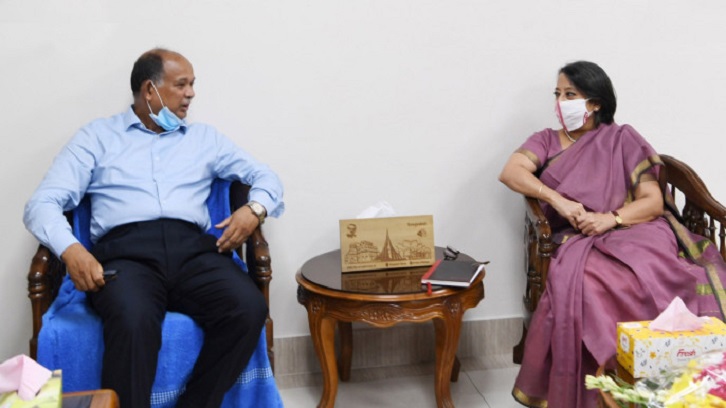 During the meeting, the ongoing projects in Bangladesh financed by India were discussed, a release said.

In particular, the third and fourth line from Dhaka to Tongi and the double line from Tongi to Joydevpur.

Besides, a new line is being constructed from Chilahati to Haldibari.

The Railways Minister requested the Indian High Commissioner to launch it by next December.