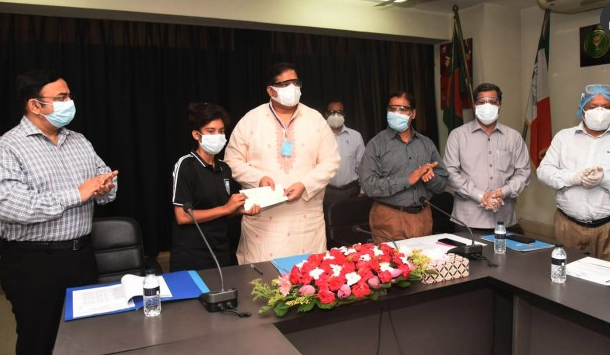 Sports Minister also handed a yearly sports allowance of Tk 24,000 over to the young footballer on behalf of Bangabandhu Krirashebi Kalyan Foundation (BKKF).

The footballer from Jhenaidah thanked Prime Minister Sheikh Hasina and the sports ministry for supporting her in the hard situation.

“We’re very lucky that we have a sports-friendly Prime Minister. I’m grateful to her and the Sports Minister,” she told media.

The young booter from Jhenaidah was also playing for Nasrin Football Academy in the ongoing Tricotex Women’s Football League.