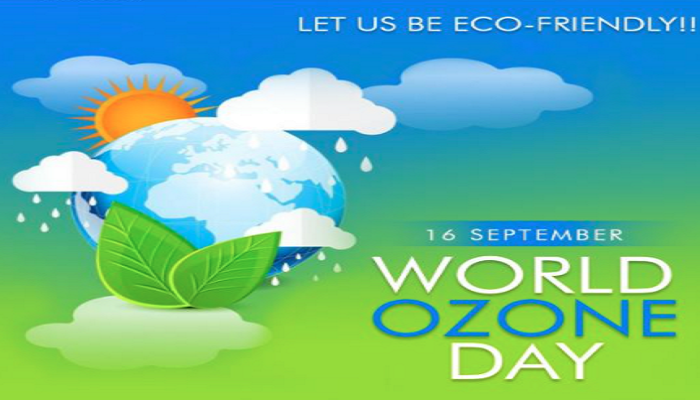 The World Ozone Day will be observed in the country tomorrow as elsewhere in the globe with the theme of ‘Ozone for life: 35 years of ozone layer protection’.

On 19 September, 1994, the United Nations General Assembly decided to observe World Ozone Day on September 16, to popularize the alternative substances not harmful for Ozone layer and to raise awareness about its importance and protection.

Ozone Day is being celebrated internationally every year since 1995.

Bangladesh has chalked out different programs to celebrate the day tomorrow with great enthusiasm, said a press release here.

To mark the day, under the auspices of the Ministry of Environment, Forests and Climate Change, the Department of Environment is set to carry out various programs at the national level.

Special discussion programs will be aired on various electronic media including Bangladesh Television and Bangladesh Betar.
A national seminar will be organized at the auditorium of the Department of Environment in Agargaon tomorrow at 2.00 pm in compliance with proper hygiene rules.

The seminar will be attended by Environment, Forests and Climate Change Minister, its Deputy Minister, Secretary, Additional Secretary, Director General of the Department of Environment and UNDP Resident Representative as well as senior officials and representatives of government and non-government organizations, added the release.

The ozone layer in the stratosphere at the surface of the Earth’s atmosphere retains the sun’s harmful ultraviolet rays.

It is constantly being eroded by some man-made harmful gases and products such as CFCs, halon, carbon tetrachloride, methyl bromide, etc.

According to scientists, the increase in the incidence of ultraviolet rays on Earth will cause massive damage to human health, including the animal and plant worlds – increase cancer, reduce crop yields, and damage marine livestock.

The Vienna Convention of 1985 and the Montreal Protocol with international obligations were adopted at Montreal, Canada on September 16, 1987, by the United Nations Environment Program and scientists.