TikTok: Oracle confirms being picked by Bytedance to be app's partner 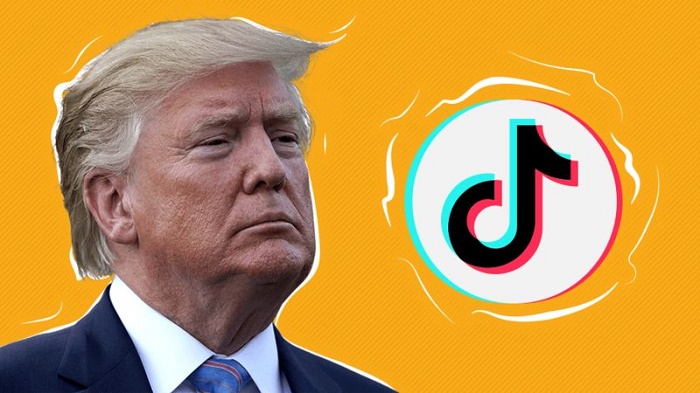 US tech firm Oracle has confirmed that TikTok's owner has formally proposed it become a "trusted technology partner" to the video-sharing app.

Full details of the tie-up have yet to be disclosed, but the aim is to avoid President Trump's threat to shut down the Chinese-owned service in the US.

It says it has taken "extraordinary measures to protect the privacy and security of TikTok's US user data", which is stored in the States and Singapore.

Oracle is a database specialist without experience of running a social media app targeted at the general public.

Earlier in the day, US Treasury Secretary Steven Mnuchin said that the Trump administration had been contacted by the American firm to discuss plans to make TikTok a US-headquartered company. He said the White House intended to review the idea this week.

Microsoft had also attempted to buy the platform, but revealed it had been rejected on Sunday.

TikTok has released a statement that does not make direct reference to Oracle.

"We can confirm that we've submitted a proposal to the Treasury Department which we believe would resolve the administration's security concerns," it said.

"This proposal would enable us to continue supporting our community of 100 million people in the US who love TikTok for connection and entertainment, as well as the hundreds of thousands of small business owners and creators who rely upon TikTok to grow their livelihoods and build meaningful careers."

Oracle's shares were trading about 5% higher in lunchtime trade in New York.

"While I can see the upside for Oracle from a cloud perspective, it is hard not to think how much of this deal rests on politics rather than tech," commented Carolina Milanesi from the Silicon Valley-based research firm Creative Strategies.

Oracle's chairman, the billionaire Larry Ellison, is a supporter of Mr Trump and in February held a fundraiser at his California home to aid the Republican leader's re-election campaign.

The White House is also taking a harsh line against other Chinese tech companies - including Huawei, Tencent and a number of artificial intelligence start-ups - restricting what business they can do with US counterparts without the administration's approval.

President Trump had given TikTok's owner Bytedance until this week to secure a deal.

Failure to do so would have seen US companies prevented from doing business with it from Sunday, and Bytedance being forced to give up TikTok's US operations one way or another by 12 November.

The app's US team sued the US government last month in an effort to challenge the moves.