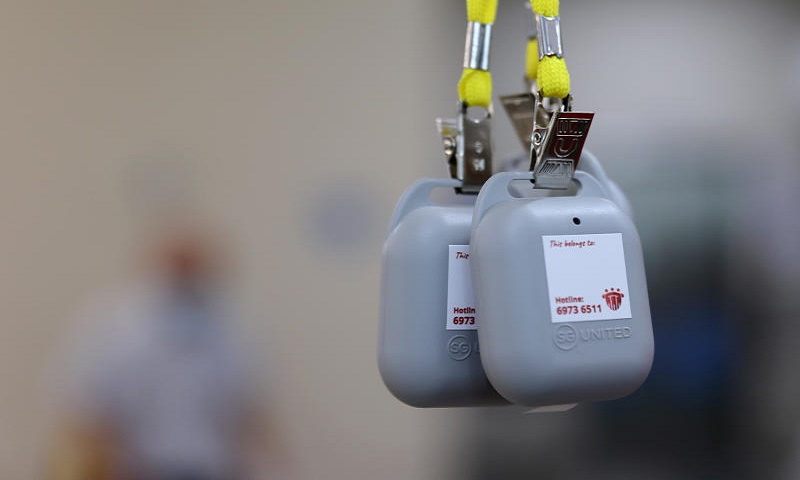 Singapore has started distributing Bluetooth contact-tracing tokens to its five million residents to help contain the spread of Covid-19.

The tokens, which can be worn on a lanyard or carried, are a hardware version of its existing contact-tracing app which was rolled out in March.

They could be popular with older people who do not use smart phones.

The government also hopes the tokens will help to further reopen the economy, by enabling conferences to restart and providing better tracing in higher risk settings, such as busy hotels, cinemas and gyms.

The initial rollout is happening in areas with a greater concentration of elderly people, who are both at a greater health risk from Covid-19 and less likely to own a smart phone.

But the token will be available to all citizens, including foreign residents.

For some higher-risk activities, SafeEntry will now also require the app or token to check in.

Like app, information is stored on the token, purged regularly and is only uploaded - or in the case of the token physically handed over - to the Ministry of Health if the user tests positive.

The tokens can be carried on a lanyard or in a bag, and don't require a smart phone to run.

Apps around the world

Singapore was the first government to introduce a contact tracing app nationally in March.

Since then, about 2.4 million people have downloaded the app, with about 1.4 million using it in August.

Singapore government figures have long acknowledged that those numbers need to increase to make the app and the token effective.