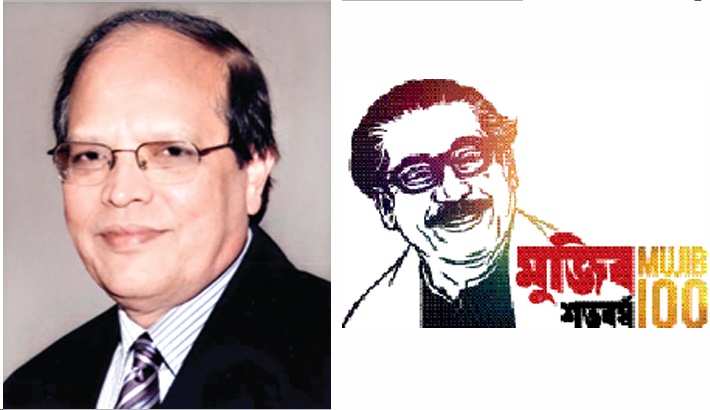 The prison was his second home. The inmates of the Dhaka central jail were his closest neighbours. He was the centrepiece of the Jail community. He always shared his food, pains and time with them. He even felt bad as he had to leave them behind while getting released. Indeed, Sheikh Mujib thought living in jail was a part of his destiny. So he never regretted being in jail. In the process he became part of Bangladesh’s destiny. He thought he was being held as the authorities could not feel secure if he were outside of the jail. In fact, ordinary people felt the same pain he was going through. They kept on writing him letters reassuring their continuous solidarity with him. Many of these letters were not even given to him. Thanks to his daughter Sheikh Hasina for taking the initiative of recovering those papers and publishing them after editing. These ‘secret documents’ are destined to become invaluable treasures as parts of our global heritage.

When he was arrested immediately after the Huq cabinet was undemocratically dissolved, a young worker of Awami League was crying as Mujib was on his way to the district magistrate’s office. Sheikh Mujib said to him, “Why are you crying? This is my destined path. I will come out of prison one day but do look after my wife while I am away.” (Sheikh Mujibur Rahman, ‘The Unfinished Memoirs’, UPL, 2019 [ninth impression], page-278). After he arrived at the district magistrate’s office, the magistrate was also embarrassed to put him into jail. He told him, “What can I do? The people in Karachi are quite desperate to have you arrested. We knew very well that you would voluntarily turn yourself in as soon as we would send word to you. You have no fear of imprisonment.” (ibid, page-278).

Sheikh Mujib, Mirza Golam Hafiz, Syed Abdur Rahim, Korban Ali, Dewan Mahbub Ali, Bijoy Chatterjee, Khondokar Abdul Hamid, Yar Mohammad Khan and Mohammad Toaha were imprisoned in the Dewani Ward of the Central Jail (ibid, page-279). After a while some prisoners were being released one by one. Mr. Korban Ali was also released after some time. However, Mr. Korban Ali returned to the prison from the jail gate as he had only been granted conditional release. He did not want to be released with any conditionality. He was a staunch follower of Sheikh Mujib who also never agreed to a conditional release no matter what. He wrote, “A few days later an IB official came to meet me. He thought he had worked out a pretty smart way to make me sign the bond. He wasn’t going to bring up the subject of signing a bond with me directly. Or perhaps he was feeling embarrassed to do so. I said to him, ‘Please don’t loiter here. If you really want to talk to me you can stay, but you can take this from me in writing – and you can tell your handlers the same thing too – there can be no question of me signing a bond. What you should do is tell the government to sign a bond promising to play no such trick with me again. And tell them they shouldn’t detain anyone without a trial anymore.’ The man broke into a smile and said, ‘Did I ask you to sign a bond?’ I too couldn’t help smiling at his disingenuousness.” (ibid, page-287). We have also seen a report of the Intelligence Branch on Sheikh Mujib where he refused to sign any bond in the previous piece of this column.

Among many letters that Sheikh Mujib received in prison, one stood out as distinct. This was sent by someone called Shahid who was very close to him. The following is a translation of a part of the letter:

“….Anyway. Every moment, I am working towards delivering the ‘message and duty’ that you have bestowed. I’m delivering the words of the letter you wrote to Raja Miah to people. Many cried, many expressed their grief and blamed us saying, why are you all silent and letting him stay in jail. The people of Gopalganj cry to Allah for their dear leader all the time. Many elderly people have fasted and prayed on the day of your lawsuit…”

The contents of the letter amply demonstrate how dear a leader Sheikh Mujib was to his people. He was lavishly showered with love by the people of all ages. And this enduring love of the people was the source of his profound mental strength during his entire political journey, however bumpy that could have been.

Sheikh Mujib was released from prison on 18th December, 1954. He was unhappy to leave behind his colleagues in prison and told them that he would come back to prison with them if they were not released (‘The Unfinished Memoirs’, page-290). He went to Gopalganj to see his ailing father. A reception was organised in his honour on December 21 at the Gopalganj Town Ground. About 3,500 people including a few hundred Hindus participated in this meeting. The O/C of Gopalganj made a report on this reception on December 22. The O/C wrote, “Sk Mujibur Rahman spoke that…He is ready to remain in jail for the whole life if necessary for fulfilling 21-points (demands of E.P.A.M.L.). He also promised to serve the people throughout his life. He also advised the students to devote their life in prosecuting studies and to fight for the right cause of the people and to fight against corruption. He also advised the students to move in the interior of the villages and request the people not to offer any bribe to anybody in respect of officers and public.

“He also requested the members of the minority community not to migrate to Bharat anymore as Pakistan is also theirs. Those who migrated to Bharat before have done a great mistake. He assured, he is also for them.” (‘SECRET DOCUMENTS OF INTELLIGENCE BRANCH ON THE FATHER OF THE NATION BANGABANDHU SHEIKH MUJIBUR RAHMAN’, ibid, Volume-4, page-198).

Bangabandhu was a deeply rooted people’s leader. He always cared for them. It did not matter whether it was in the comfort of his home or in the cold and dark solitary prison, his priorities and concerns were always for the people of the country. And this love for the people was reciprocated, and continued to be until his last breath. A truly compassionate leader indeed!