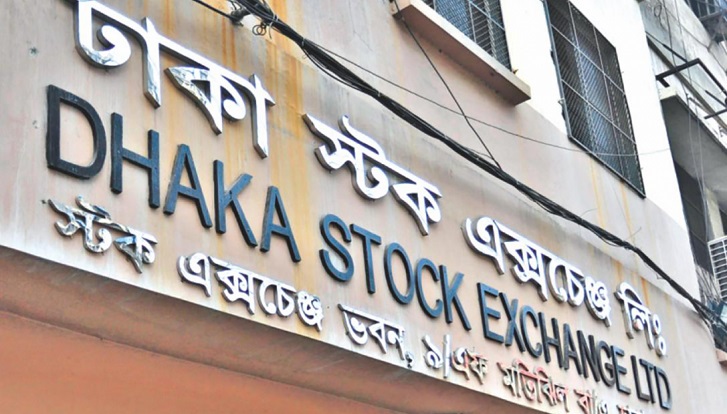 Dhaka Stock Exchange slightly fell on Monday after volatile trading as investors were active on both sides of the trading fence throughout the session.

Turnover stood at Tk 11.48 billion on the country’s prime bourse, which was 13.6 per cent lower than the previous day’s four-week high turnover of Tk 13.29 billion.

Of the issues traded, 143 advanced, 175 declined and 38 issues remained unchanged on the DSE floor.

A total number of 223,433 trades were executed in the day’s trading session with a trading volume of 425.39 million shares and mutual fund units.

The market-cap on the premier bourse, however, rose to Tk 3,852 billion on Monday, from Tk 3,846 billion in the previous session.

Of the issues traded, 114 gained, 124 declined and 34 remained unchanged on the CSE.