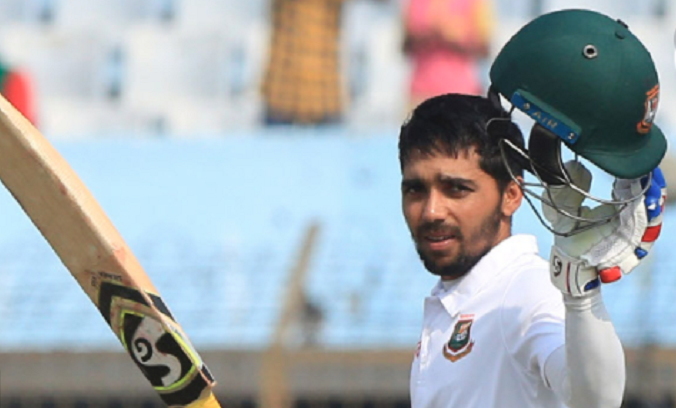 Bangladesh trainer Nick Lee, who was tested positive for coronavirus in the first-phase of the tests, also joined them after reporting negative, he was among the party which included fast bowling coach Ottis Gibson and fielding coach Ryan Cook along with physiotherapist Julian Calefeto.

They were monitoring players’ batting at centre wicket, high catch practice coupled with running and stretching sessions of the players.

Bangladesh Test captain Mominul Haque practiced at SBNCS’s center wicket for more than an hour, head coach Domingo spent most of his time with Domingo behind the net as Cook helped Mominul in batting practice by throwing balls towards him.

Wicketkeeper-batsman Mushfiqur Rahim received the service of Ryan Cook in high catch practice after an intense batting practice session. Mushy was wearing gloves and running left and right for the catch practice.

Though Tamim struggled with his running in front of Lee, he looked to be in quite good tough at the centre wicket where he was seen leaving the odd balls outside the off-stump but was keen to play some cover drives.

In addition, Bangladesh Cricket Board (BCB) arranged Individual Practice Sessions at the request of the interested players, who were practicing since July 19 maintaining the health regimen and safety protocols during the hike of the highly contagious COVID-19.

The players meanwhile regained their fitness, honed their skills and techniques by completing a slew of steps of the scheduled training without any physical presence of the foreign coaches, who provided inputs via virtual mediums.

BCB has planned to start a team-based practice session for Tigers’ upcoming Sri Lanka tour from September 27. Head Coach Domingo and Cook returned to Bangladesh from their respective countries on September 7 while Gibson came on September 8.

All of them underwent home quarantine but BCB requested the government to shorten their quarantine period due to Tigers’ Sri Lanka tour. The government approved their plea after which they appeared in the field after a week-long quarantine.