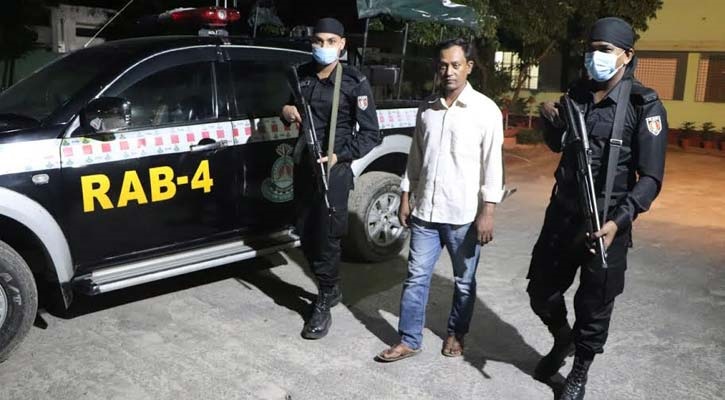 Rapid Action Battalion-4 (RAB) arrested an alleged serial rapist from Darus Salam under Mirpur of the capital on early Sunday.

The arrestee has been identified as Syed Monir Hossain, 34, hailing from Barguna.

The elite force held him from in front of Government Bangla College around 12:30am as per a case filed by a victim girl.

He used to make relations with school-college going girls and tactfully managed their offensive photos and videos.

Later, he raped them intimidating of spreading their photos and videos on social media.

Ziaur Rahman Chowdhury, operations officer of the RAB-4, said that he raped a number of girls after blackmailing them.

Monir, a sanitary mechanic by profession, confessed to the RAB that he raped many girls and took a big amount of money from them.

A case is underway against him with the Darus Salam Police Station.