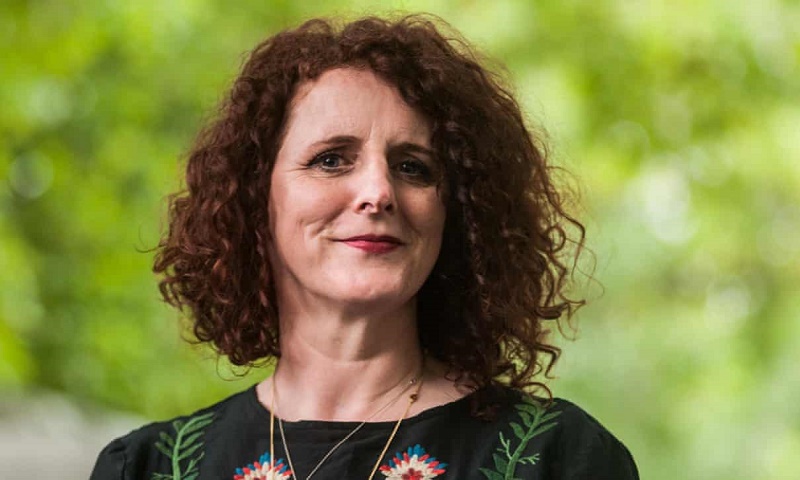 In the run-up to publication of her novel Hamnet at the end of March, Maggie O’Farrell bought herself a vintage dress. “There was going to be a party and a book tour and I thought I’d wear it to the launch,” she says. “I remember waking up that morning and seeing that Covid had reached Italy. I took it to the dry-cleaners and, five days later when I went to collect it, everything had been cancelled. It was a very weird and rapid turnaround.”

There were no party frocks this week either, when O’Farrell overtook five other writers – including Booker laureates Hilary Mantel and Bernardine Evaristo – to become the 25th winner of the Women’s prize for fiction. “I was totally gobsmacked. There wasn’t an atom of me that wasn’t surprised,” says the 48-year-old author from her home in Edinburgh, where she has spent much of the year locked down with her novelist husband William Sutcliffe and their three children.

O’Farrell’s eighth novel tells a story set in an earlier pandemic – the Black Death – which ravaged Europe in the 16th century, regularly shutting down the London playhouses in which a country boy called William Shakespeare was making a different kind of history. Shakespeare remains unnamed in the novel, a loving but largely absent father to the 11-year-old boy whose death is its centrepiece. That the dramatist had a son called Hamnet, who died in the high summer of a plague year, four years before Hamlet was first performed, is a matter of record. That the cause of the boy’s death was the “pestilence” is O’Farrell’s educated guess.

Fittingly for a writer who has been dubbed “a feminist avenging angel”, O’Farrell reclaims the narrative for Hamnet’s mother, Anne Hathaway, who, she says, has faced “jaw-dropping vilification and downright barefaced misogyny” for almost 500 years. “We’re fed this idea that she was an ignorant peasant strumpet who tricked this genius boy into marriage and he hated her and had to run away to London to escape. Where is this coming from? Why are people so wedded to the idea of the fancy-free male artist that they have to put her down?”

Parish records reveal that Anne was known as Agnes by her father, who left her a generous dowry, and that later in life she built up a successful malting business (converting grain to malt for the brewery trade). “Yes she probably was illiterate, because what daughter of a sheep farmer in the 16th century would have been taught to read? There would have been no purpose for it. But illiteracy isn’t the same as being stupid,” says O’Farrell.

“What’s also very important is that at the end of his career Shakespeare was an extraordinarily successful businessman who could have lived anywhere, but he chose to go back to Stratford,” she adds. “He bought his wife and his two daughters an enormous mansion the year after Hamnet died, but he also bought fields and cottages which he leased and rented. None of that speaks to me of a man who regretted his marriage. I felt so furious on her behalf that I wanted to ask readers to forget everything they think they knew about her, and to open themselves up to a new interpretation: to think of the marriage as a partnership.”

It’s an interpretation that raises interesting questions about some of English literature’s best-known plays. How, O’Farrell wondered, did Shakespeare know so much about the herbology that animates the mad Ophelia in Hamlet, or the falconry that provides so many metaphors throughout this work? Her novel speculates that this knowledge came from Agnes, who is wise enough to allow her restless younger husband to live two lives, even though one of them is beyond her comprehension.

The practical research involved in building up Agnes’s fascinatingly unfamiliar worldview included experiencing what it feels like to fly a kestrel, growing an Elizabethan herb garden from seed, and taking lessons in how to process plants into the tinctures and elixirs that a 16th-century mother would have administered to her sick children.

It also involved painstaking cross-checking with the Oxford English Dictionary. “I had what I mentally termed a privy line: I was never going to use the word privy or any cod Elizabethan dialogue,” she says. “I also tried not to use any word that doesn’t semantically mean the same thing today as it did in the 16th century.” She cites the word “shambles” as an example. “I’d used it to mean chaos, but when I looked it up, I found that back then it was to do with dissecting a carcass. It was an abattoir term, and it didn’t ring true, so it had to go.”

No research was needed, though, for the fierce maternal love that inflames the novel. In her 2017 memoir I Am, I Am, I Am, O’Farrell wrote of one of her daughters’ struggles with extreme allergies. “If your child is suffering, which my daughter was, in a very deep, medieval sense of the word 24 hours a day [with eczema], there is this absolute horror as a parent.” she says. “If someone had told me I had to hang upside down to help her, I would have done it.” Instead, despairing of conventional treatments, she concocted a soothing lotion from natural butters and herbs of which Agnes Hathaway would have been proud. She still makes a batch four times a year: “I love it, it’s a very atavistic maternal urge to solve a problem for your child. I can’t knit, or paint, or do anything with my hands, but I can do this.”

One ominous section of the novel shows the plague making its way across the globe from a flea-ridden monkey in Alexandria to the shop of a Stratford seamstress, where it infects Hamnet’s twin, Judith, via the wrapping around a box of Venetian beads. At the point of writing, its purpose was to open the novel out from the constrained setting of a single house in a small English market town. Recent history has heightened its resonance for both writer and reader. There is still, she points out, a strong folkloric memory of the Black Death, which is imprinted on the landscapes of many European cities – not least of Edinburgh, where her children learned to cycle on mounds raised above the mass graves known as plague pits.

“When we were beginning to go through this pandemic we were all harking back to the Black Death,” she says. Part of fiction’s job is to illuminate such historical reference points with imaginative sympathy. “We need to remember how lucky we are, in this modern world, to have ventilators and hospitals and hard-working healthcare professionals compared to what they had, which was maybe an onion boiled in milk and a dried toad.”