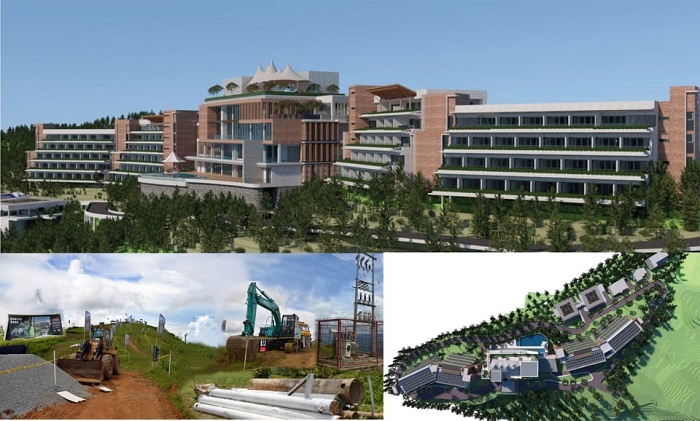 The work on five -star Marriott Hotel and Amusement Park has begun in full swing at Nilgiri in Bandarban.

The 24th Division and the 69th Brigade of Bangladesh Army, Army Welfare Trust and R&R Holdings Limited, a concern of Sikder Group, are jointly implementing the project.

The facility is being built under a 35-year lease and profit-sharing agreement between Army Welfare Trust and R&R Holdings Limited at the exquisitely beautiful Nilgiri surrounded by hills. It is on the Chimbuk-Thanchi route and 47 kilometres southeast of Bandarban district town.

When implemented, the project will be one of the best tourist attractions in Bangladesh. Besides the main hotel building, there will be 12 separate villas, modern cable cars to facilitate tourists’ travel from one hill to another. There will be various kinds of amusement facilities, including rides and swimming pools.

During the visit, Rick Haque Sikder said the project could be open for tourists within September next year.

R&R Holding Limited other officials and representatives of the Army and R&R Holdings Limited involved in the project implementation were also present during the visit.