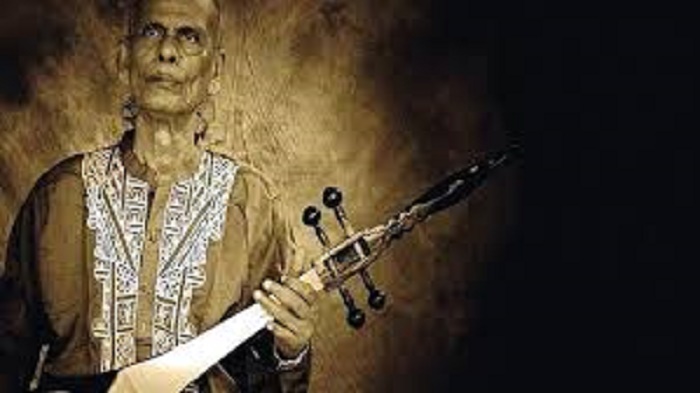 Shah Abdul Karim was a Baul musician in the country. He was born on February 15 in 1916 at Ujan Dhol village under the Derai upazila of Sunamganj district.

Ektara, a traditional single string musical instrument, had always been his constant companion. However, poverty forced him to seek work in agricultural farms.

As he was growing up, he received training on spiritual and Baul music from Shah Ibrahim Mastan Baksh.

He was awarded the Ekushey Padak in 2001 for his outstanding musical achievements. The famous artiste died in Sylhet on September 12 in 2009 due to respiratory problems.