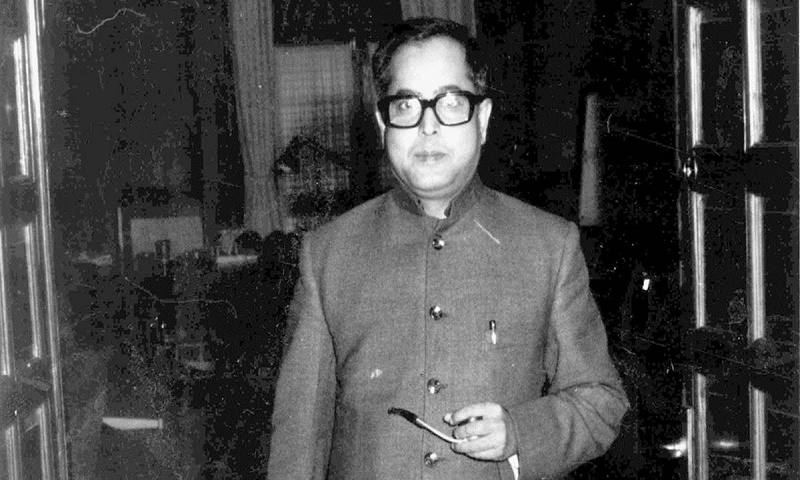 The death of the former President of India, Pranab Mukherjee has been mourned by the whole of Bangladesh.

The moving tribute paid to him by Prime Minister Sheikh Hasina as well as the countless obituaries written about him by people from across the country provide ample testimony to the high esteem with which he was held in Bangladesh.

Pranabda, as he was affectionately known by his countless friends and admirers in India and Bangladesh, made a very emotional speech at the University of Dhaka during his visit to Bangladesh in 2013. He referred to himself as a “jamai” or son-in-law of Bangladesh — his wife was from Narail in Bangladesh. He said “India and Bangladesh are interlinked like no other nations on earth. Our destinies are interwoven just like our history and geography”.

Pranabda was one of the first persons I called on after my arrival in Delhi as Bangladesh’s High Commissioner in 1992. He was the Deputy Chairman of the Planning Commission, then. What was to have been a routine half an hour courtesy call lasted for over two hours, over many cups of tea. What made a deep impression on me was Pranabda’s enormous interest in Bangladesh — he was very knowledgeable about our economy, our politics and of course, all aspects of the relations between the two countries. It was evident that he was deeply committed to strengthening relations between India and Bangladesh Pranabda told me that I should not hesitate to get in touch with him if ever I needed any help, and that we could meet, even if it was just for an informal chat.

During my three years as High Commissioner and in the 25 years thereafter, I had many meetings with Pranabda, most of which were one-on-one meetings. I was always received with enormous warmth and affection, irrespective of whether he was in the opposition or during his tenure as Commerce Minister, Defence Minister, Finance Minister, External Affairs Minister or President of the Republic of India. The meetings took place sometimes at his Ministerial office and sometimes at his home and of course after he became President, at Rashtrapati Bhavan.

Once, he was out of the country when I was visiting Delhi. I was able to reach him on the phone late at night on the eve of my departure, shortly after he had got back home. I said I had called to pay my respects and to apologise for my inability to meet him. Pranabda asked how long would it take me to get to his house. ” Twenty minutes,” I replied. He said I should come as quickly as possible. It was close to midnight. I spent more than an hour with him. When tea was served, he smiled and said “ektu mishti khaan” (please have some sweets). “. Bengali sweets were served late at night no doubt to energise the conversation. By the time I returned to my hotel it was 1.30am. Pranabda was prepared to stay up late after returning from a long trip just so that he could talk about something close to his heart — Bangladesh.

Perhaps my most memorable meeting with Pranabda was at his residence in March 2010. I had taken a 12-member delegation to Delhi for the Second BEI-ORF Security Dialogue. Pranabda, at that the time Finance Minister, had offered to host a small reception for the participants. When we arrived at his residence, we were informed that he was still in Parliament. Former Indian Foreign Secretary M K Rasgotra, who was heading the ORF delegation, wondered whether it would be possible for the Finance Minister to get away from Parliament in the middle of the Budget session. That very minute a smiling Pranabda arrived and greeted us with a warm namaste.

A pandal had been set up and very elaborate arrangements had been made. Pranabda then announced that he had asked Mrs. Mukherjee to join us even though she had not been keeping well. I was told by one of his personal staff that this was a very special gesture. During the reception, he took me aside and said that it was a matter of enormous satisfaction for him to see that Indo-Bangladesh relations under Sheikh Hasina had made significant progress. He referred in particular to the improvement in security cooperation that had taken place during the past year. He said that India would reciprocate in every possible way.

Gifts were exchanged, Mrs. Mukherjee was delighted with the Jamdani sari that we had bought for her and multiple photographs were taken.

Pranabda insisted on walking me up to my car and stood and waved goodbye as we drove off. I told one of my surprised colleagues that this gesture was Pranabda’s way of demonstrating the importance he attached to India’s relations with Bangladesh.

During his many years in Cabinet, no matter which portfolio he held, Pranabda’s determination to strengthen cooperation with Bangladesh never wavered. His approach encompassed not just bilateral cooperation but also extended to regional and sub-regional cooperation. He took special interest in the expansion of trade and investment between the two countries.

Pranabda will always be fondly remembered by Bangladesh’s 165 million people as our special jamai who did so much for Bangladesh from the time of our Liberation war until his death.

This article first appeared in the print edition on September 11 under the title “Our Special Jamai.” Farooq Sobhan, the writer is Former Foreign Secretary, Bangladesh and former High Commissioner to India.