Toothless Human Rights NGOs Are of No Use 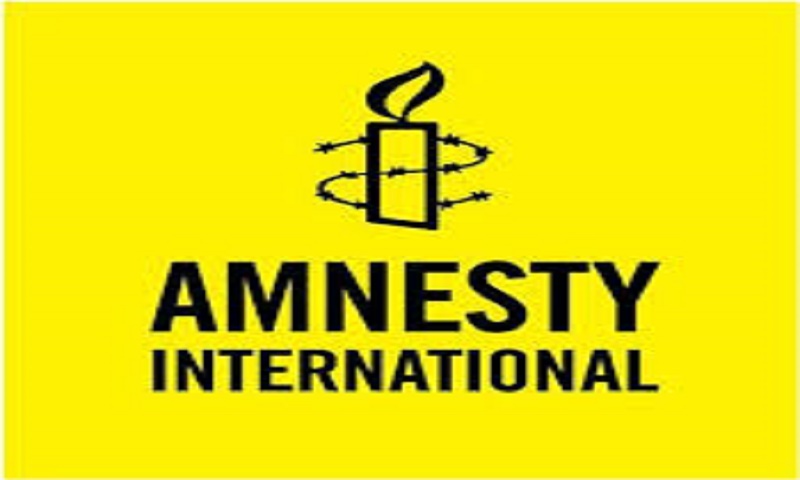 The White House administration suddenly stopped its due funding to WHO on a flimsy ground violating the international norms, but it is very sad that the international non-governmental Human Rights Organisations have not condemned this disgraceful decision. Neither does WHO say anything as yet…

On paper, it makes us look like fine upstanding global citizens, but in practice, it could be genuinely argued that those organisations are edentulous tigers.

In most cases, the issues of blatant violations of international rules by American government and its vassal states’ authorities in weaker nations can’t draw to their notice, but they designedly choose to remain silent. In other words, they are votaries of mighty powers, but they are very coarse in their actions towards the lesser extent of powerful states. This is very unconscionable and outrageous! This temerity of them is irremissible!!

So, they must need for more teeth, more resources and bold enough for them to do their jobs aright without any dictation by the major powers and receiving their monetary resources to serve their ill services only. It is, however, no excuse for jerry-built work products, foil, and failure to speak up in the face of egregious and systemic human rights violations majorly by America like a rapscallion state along with its side-kick nations.

Millions have suffered crimes against humanity by those rascal states. It is almost like an upper most dictator’s ceasefire agreement with international non-governmental Human Rights Organisations (NGOs), where – for instance – they do not speak badly about America and its compadre states! Because they all are paid agents by their so-called Gurus!!

There are fairly large human rights abuses by those blackguardly super-powers that are taking place in countries after countries all-over the world which have been imposed in the form of various abrasive sanctions to stultify them and their people so that they can’t command a standing position according to their volition to live on. When the drone fighter planes strike weaker nations, annihilate humans, destroy vast establishments for their self-interests only, these NGOs enshroud their faces and do not take any bold step to stop the oppressors. Then, what is the use of those NGOs?

Likewise, some global organisations have also come under increasing fire for the inability to solve problems that their charter is supposed to address. The United Nations is one of them with its failure to get Israel to adhere to its many resolutions, some submitted by the UN Security Council.

The World Trade Organization (WTO) and its member states should encourage and boldly enforce the elimination of some states' barriers to freedom of information so as to facilitate market growth.

It is undisputed that human rights non-governmental organisations have proliferated dramatically in the sixty years since the United Nations promulgated the Universal Declaration of Human Rights and that human rights NGOs boastfully claim they play a critical role in promoting and protecting human rights in all corners of the globe. But in reality, they do nothing. Same is the case with UNO. Then what is their use for the world society!

Successful and effective human rights NGOs should possess basic attributes, as described herein, and self-regulate possibly in part by following NGO Codes of Conduct to overcome internal and external challenges. Concerted efforts of all relevant stakeholders are needed to ensure that human rights NGOs are able to fulfil their mandate to protect human rights in all countries from harming any other countries by any scallywag powerful states.

With the benefit of hindsight, we can see that the human rights treaties were not so much an act of idealism as an act of hubris, with more than a passing resemblance to the civilising efforts undertaken by western governments and missionary groups in the 19th century, which did little good for native populations while entangling European powers in the affairs of countries they did not understand. A humbler approach is long overdue.

Ending the potential for nuclear warfare may seem like a topic left over from the Cold War, but it remains relevant in today’s globalised world. Robert Frye, founder of The Nuclear World Project and director of the film ‘In My Lifetime’, works to unravel the complex story of nuclear proliferation and create dialogue about the dangers it poses for mankind. The project and film are meant as a wake-up call for humanity, with the aim of creating an understanding of the realities of nuclear weapons, exploring ways to present other options, and facilitating a dialogue about a resolution that will preserve our world for future generations.

The film is screening at universities, festivals, and international organisations around the world. Host a screening for your group or university and kick off a dialogue about one of the most pressing global issues of our time. Here the international Human Rights Organisations/NGOs should play an efficacious role. But this purely absent from them!

Most ephemerally, human rights can provide an aspirational, positive road-map that can help guide decision making, including the balancing of trade-offs. This is particularly important because, grappling with disruptive and potentially dangerous forces that present complex collective action challenges, such as, Amnesty International, HRW… can often constitute tremendously dispiriting work. It does not touch the superpowers like America and its powerful feudatory states. And that is very outrageous and we should condemn these bed-bugs in the most abrasive language for their utter failures in this respect.

Infused with that collective mission and self-awareness, the contemporary IHR framework has to be endured and evolved. It has and can continue to underscore our shared humanity, provide a moral compass, and generate tenacity and purpose even in the face of daunting odds being faced by the weaker nations by the might powers.

Universal Declaration of Human Rights, Preamble’s Rene Cassin, sometimes called the “father” of the UDHR, explained the shift in title from the “International” to the “Universal Declaration” as a reflection of the intent for it to be “morally binding on everyone, not only on the governments that voted for its adoption.” This statement is simply Janus-faced because the large human rights organisations like HRW, AI…are reluctant to touch those rogue powerful states which have been committing crimes in different forms to other weaker nations since long. This is shameful and not acceptable under any setting. Then a prominent question is valid here: What is the use of such human rights organisations?

The use of “human rights” in English-language books has increased 200-fold since 1940, and is used today 100 times more often than terms, such as, “constitutional rights” and “natural rights”. Although people have always criticised governments, it is only in recent decades that they have begun to do so in the distinctive idiom of human rights.

Because human rights law gives rights to all people regardless of nationality, it deprives governments of their traditional riposte when foreigners criticise them for abusing their citizens – and yet it is hard to avoid the conclusion that governments continue to violate human rights with impunity. Why, for example, do more than 150 countries (out of 193 countries that belong to the UN) engage in torture? Why has the number of authoritarian countries increased in the last several years? Why do women remain a subordinate class in nearly all countries of the world? Why do children continue to work in mines and factories in so many countries?

The truth is that human rights law has failed to accomplish its objectives. There is little evidence that human rights treaties, on the whole, have improved the wellbeing of people. The reason is that human rights were never as universal as people hoped, and the belief that they could be forced upon countries as a matter of international law was shot through with misguided assumptions from the very beginning because of the super-powers and to enshroud their grievous crimes they have been committing since long.

America’s unlawful misdoings to other sovereign and independent nations are significant challenges to the international human rights organisations.

So, the international human rights organisations or NGOs only remain as “toothless tigers.” As such, they might need drastic dental surgery, but nothing stops them from raising their hackles now and then.

Civil society representation through prominent independent scholars, lawyers and researchers is critical for giving them greater depth and strength. This would give them both teeth and possibly furbished-up their roars. And the international community should step up and place pressure on those rogue elephant governments to respect human rights across the board.

The writer is an independent political observer who writes on politics, political and human-centred figures, current and international affairs.