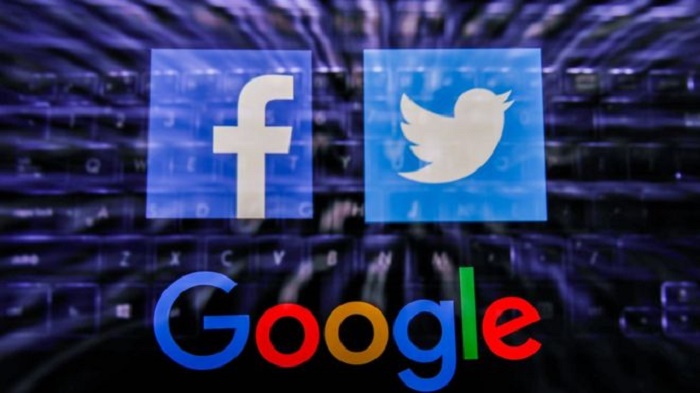 Google and Twitter have said they are clamping down further on misinformation online ahead of the US elections.

Messaging platforms expect a flood of false claims and misleading posts ahead of the November vote.

Twitter said it plans to more aggressively label and remove election-related tweets that are inaccurate.

One of the concerns is that the widespread use of mail ballots in the US election due to the coronavirus pandemic could cause significant delays in tallying results. Experts fear this could allow misinformation to gain traction.

On Thursday, Google said that incorrect information about election results would not show up in searches.

Twitter's changes could also affect tweets claiming victory before election results have been certified, along with misleading posts about ballot tampering.

Social media firms have been under pressure to combat misinformation after US intelligence agencies determined Russia used their platforms to meddle in the 2016 presidential election.

"We will not permit our service to be abused around civic processes, most importantly elections," Twitter wrote in its blog. "Any attempt to do so - both foreign and domestic - will be met with strict enforcement of our rules, which are applied equally and judiciously for everyone."

On Friday, Microsoft warned that hackers with ties to Russia, China and Iran were attempting to snoop on people and groups involved with the US 2020 presidential election.

The US tech firm said the Russian hackers who breached the 2016 Democratic campaign were again involved.

Last week, Facebook said it had dismantled a small network of accounts and pages that were part of a Russian influence operation.

The company said the campaign was linked to Russia's Internet Research Agency (IRA), an organisation close to the Russian government and accused of interference in the 2016 US election.

Twitter also suspended five accounts from the same network. The operation centred around PeaceData, which claimed to be a non-profit news website in English and Arabic.

The messaging platform has clashed in recent months with President Donald Trump, who has posted frequently about potential fraud in the coming election while criticising Twitter for flagging his posts.