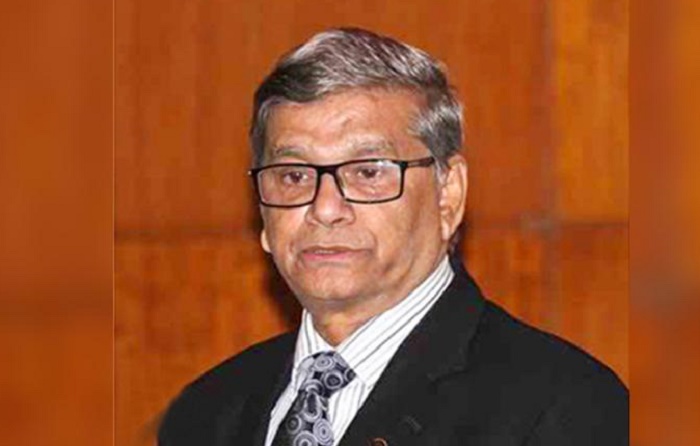 The country is on the right track to reach its desired development goals if political stability and good working environment prevail, Planning Minister MA Mannan said on Thursday.

"We're in the right path and if there is continued stable political situation alongside good working environment, it will be possible to deliver more results and overcome many situations," he commented.

Mannan was addressing a public awareness meeting titled “Making Vision 2041 a Reality: Perspective Plan of Bangladesh 2021-2041" as the chief guest.

The event was held at the NEC conference room in the capital organised by General Economics Division (GED) under the Planning Commission.

Terming documents like the Perspective Plan a "document for the future", the Planning Minister said this plan has immense potentials and there is a need to tap these potentials.

Noting that there have been many positive changes within the government over the last 12 years, he said, "A good time is passing by and hopefully it will continue, but there are unexpected situations like the COVID-19 which we'll have to overcome."

Mannan also claimed that Bangladesh is also one of the most planned countries in the world featuring various short- and long-term plans like Annual Development Plan (ADP), Perspective Plan, Five Year Plans and the Delta Plan.

Dr Alam also made a power-point presentation on the salient features of the Perspective Plan 2021-2041.

Cabinet Secretary Khandker Anwarul Islam said the Perspective Plan 2021-2041 is an indicative plan and this would be implemented through various investment plans.

Noting that Bangladesh is one of the most successful countries in achieving the Millennium Development Goals (MDGs), he said the Perspective Plan has to be achieved through successful implementation of investment plans like various Five Year Plans and ADPs.

Putting emphasis on improving the ranking in Ease of Doing business index, the cabinet secretary said the Doing business ranking will be fundamental for acquiring foreign resources.

Hoping that the per capita income of the country will reach near $12,500 by 2041, Anwarul said all concerned need to put their concerted efforts for attaining that target.

Principal Secretary to the Prime Minister Dr Ahmad Kaikaus said Bangladesh has advanced a lot in many areas including in the governance issue.

He said the government is continuing with the result-based framework like the Annual Performance Agreement (APA) to yield better outcomes.

Mentioning the growing size of the country's economy in terms of volume and purchasing power parity, Kaikaus said if the per capita income and other indicators could be raised, it would be possible to attain the other desired goals.

In his address, GED member Dr Shamsul Alam said the Perspective Plan 2021-2041 is a living document, and in 2030, it might be re-evaluated to reset the targets if necessary.

Earlier in February this year, the National Economic Council (NEC) approved the Second Perspective Plan of Bangladesh (2021-2041) in a bid to turn Bangladesh into a higher mid-income country by 2031 and a high-income developed country by 2041.

The implementation of the country’s First Perspective Plan (2010-2021) is nearing completion.

In his presentation, Dr Alam said this historic outline document for the next 20 years is based on four institutional pillars -- governance, democratisation, decentralisation and capacity building.

According to these long-term projections, the country’s per-capita income on current price would stand at US$12,500 or more by 2041.

It said the country’s GDP growth rate in 2031 is expected to reach 9 percent while it is further expected to grow at 9.9 percent in 2041.

Major goals of the mega plan are to eliminate extreme poverty by 2031 and cut the poverty rate below 3 percent by 2041.

It also aims to ensure industrialisation and structural transformation as well as exemplary change in the agriculture sector and export-oriented economy.

Besides, by 2041, the contribution of the agriculture sector will be 5 percent while that of the industries sector 33 percent and the services sector 62 percent.

The Plan document highlights that the country’s export earnings are expected to reach 11.65 percent growth by 2031 and 11 percent by 2041.