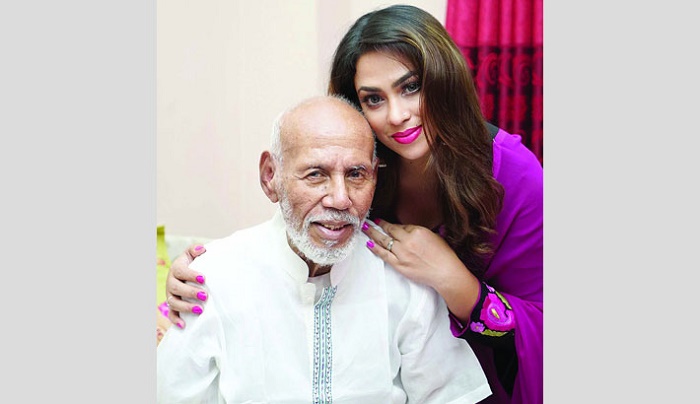 Shamsuzzaman has been suffering from various old age complications for a long time. He is quite well now and staying at his residence in the capital’s Sutrapur area, family sources said.

Talking about his birthday, the actor said, “I never celebrate my birthday. But, there has always been a festive vibe on the day. Last year, I spent the day at my daughter’s house in Bashundhara Residential Area. Many celebrated artistes came to greet me. But, this year there is no chance to meet anyone due to the coronavirus. On this day, I urge everyone to pray for my good health.”

Today is also the birthday of noted actress Sadika Parvin Popy. On her birthday, she will participate in a celebrity talk show tiled ‘Taroka Kathan’ on Channel i at 12:30pm.

About the special day, the actress said, “I have no plan to celebrate my birthday. Because, every day many people are dying of coronavirus. In this situation, I’m not feeling good at all. I just want everyone’s blessings on this day.”

ATM Shamsuzzaman was born in Dowlatpur, Noakhali on September 10 in 1941.  He began his film career as an assistant director. He got his breakthrough by his role in the film ‘Nayanmoni in 1976 directed by Amjad Hossain. Earlier, he played the role of Ramzan in the play Sangsaptak, aired on Bangladesh Television in 1960.

Sadika Parvin Popy started her career with ‘Lux Ananda Bichitra Photoshundori’ in 1995.  She made her film debut in the 1997 film ‘Coolie’ with Omar Sani, directed by Montazur Rahman Akbar. She has acted over 200 films.