In Delhi on Way Home after Treatment Abroad 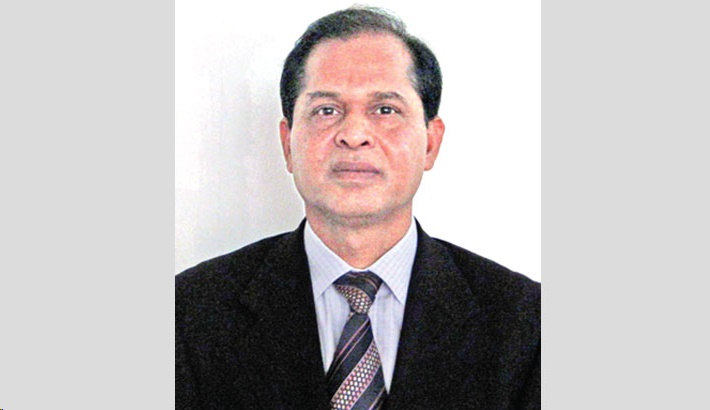 After his gall bladder operation in London and rest for convalesce in Geneva, Father of the Nation Bangabandhu Sheikh Mujibur Rahman while returning home on 14 September 1972 had a stop-over in Delhi. The Indian Airlines aircraft carrying Bangabandhu from Geneva landed at Delhi's Palam airport at 11:15 am on that day. There was heavy rain. Ignoring the rain, Mrs. Indira Gandhi, the Prime Minister of India, was standing with an umbrella to receive Bangabandhu. Bangabandhu, wearing white pyjamas-punjabi and black Mujib coat, came down from the plane in smiling face. Mrs. Gandhi warmly greeted him and enquired about his physical well-being.

That was Bangabandhu’s first visit to Delhi as the Prime Minister of Bangladesh, though he had a stop-over in Delhi while he was returning home once released from Pakistan’s jail. Considering Bangabandhu's physical condition, no ceremonial programme was held at the airport that day. Just staying about 15 minutes, Bangabandhu left the airport for Rastropati Bhaban with Prime Minister Indira Gandhi.

The stop-over in Delhi was for about three hours. But in Dhaka, the whole Bengali nation was eagerly waiting to receive their beloved leader. Bangabandhu wanted to return to his people as soon as possible. So, they had to sit for their discussions without losing any time. At first, the two leaders had an-hour tête-à-tête. Later others also joined. The main issues of discussion were the recognition of Bangladesh by Pakistan, the Simla agreement signed between India and Pakistan, the question of the trial of war criminals, the situation arising out of the Chinese veto on Bangladesh’s candidature for UN membership and the situation in the sub-continent. They also discussed a number of issues of mutual interest between Bangladesh and India.

Bangabandhu expressed his satisfaction at the discussion he had with Prime Minister Indira Gandhi. He thanked Mrs. Gandhi for giving him the opportunity to discuss issues of mutual interest and cooperation between the two countries during that stop-over. The Indian Prime Minister also hosted a luncheon in honour of Bangabandhu at the Rastropati Bhaban.

After the luncheon, Bangabandhu met the journalists waiting there and responded a number of questions which were mainly related to Bangladesh and Pakistan. In response to a question, Bangabandhu said that once Pakistan recognised Bangladesh, Bangladesh could not have any objection to talk to Bhutto or any other Pakistani. He said, “But without recognition, the question of discussion does not arise.”

While replying to a question on China’s veto, Bangabandhu said, “Truth will shine forever, Bangladesh is a real truth and everyone has to accept it in time. If anyone wants to keep Bangladesh out of the UN, that is their business. I don't want to talk too much on this.” When a journalist wanted to know whether there would be any precondition for dialogues between Bangladesh and Pakistan, as it was seen in the case of China and America, he said, “You know that Bangladesh and Pakistan were one country. The people of Bangladesh have gained their independence through struggle against the Pakistani colonialists. Therefore, before any talks between the two countries, Pakistan must recognise Bangladesh.”

It is to be mentioned that when Bangabandhu was clearly replying these questions of the journalists, the Prime Minister of India Mrs. Indira Gandhi and the Minister for External Affairs Sardar Sharan Singh were present there.

I cannot keep myself refrained from mentioning here a newspaper report published at that time. In an interview with the editor of the ‘Blitz’ newspaper in Rawalpindi, the Prime Minister of Pakistan Zulfikar Ali Bhutto made a flexible proposal, saying that the stalemate over the exchange of Pakistani prisoners of war and recognition of Bangladesh could be overcome through mediation of any third party. According to that interview, he had expressed his ‘interest’ and said, "Bangladesh will be recognised as soon as talks with Sheikh Mujib begin. Whatever the outcome of the talks, we will recognise Bangladesh. Recognition of Bangladesh will not depend on the success or failure of the talks – whether Bangladesh accepts or not the proposal of Pakistan on building relations with Bangladesh, I will recognise Bangladesh at the moment wherever and whenever I will sit down for talks with Sheikh Mujibur Rahman."

Regarding the Chinese veto on the question of Bangladesh's membership in the United Nations, the Pakistani Prime Minister said, "It is not a conspiracy. We can recognise Bangladesh whenever we like to. We are not dependent on anyone's instruction."

On the other hand, Mr Bhutto also said that he thought that he would meet Sheikh Mujib in July and then would go to visit some areas of Punjab where, for perceivable reason, existed some confusion about recognising Bangladesh. He said that he wanted to create public opinion by explaining all the incidents to the people there and then he would submit the matter to the National Assembly for approval.

He said that he was also ready to support Bangladesh's UN membership and that he had mentioned it to Prime Minister Kosygin during his visit to Moscow in March.

The Pakistani Prime Minister also offered two suggestions on the repatriation of the prisoners of war (POWs). One was that India can release all the prisoners, except those whom Sheikh Mujib wants to try for war crimes. The other was (according to him, the best way) - Pakistan itself would set up a tribunal for trial of the perpetrators. Bhutto said that the problem would become more serious if Bangladesh tried the POWs. He said, "I do not deny the crimes of the prisoners of war. But, subject to proofs of the crimes, I can try their trial here in the Court Martial. I would like to get a list of the war criminals and guarantee their appropriate punishment."

It should not be difficult for readers to understand why Mr. Bhutto said so and what was his intention behind, because we did not have any evidence to believe the Pakistanis. Perhaps, those words were just another example of his deception.

The is a former Ambassador and Secretary