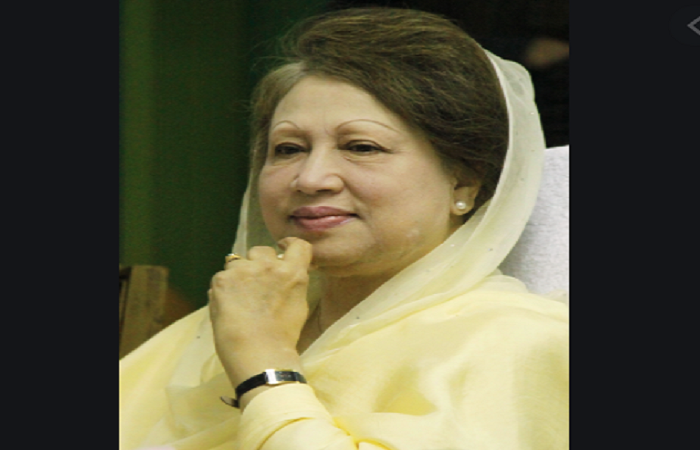 BNP on Wednesday demanded the withdrawal of restriction on its ailing Chairperson Khaleda Zia from going abroad for treatment.

He said, "We think it’ll be a humanitarian act to lift such ban so that our leader can go abroad, if necessary, for medical treatment. This’s now our demand. "

The BNP leader made the demand while talking to reporters after placing wreaths at party founder Ziaur Rahman’s grave together with the leaders of Jatiyatabadi Mohila Dal, marking its 42nd founding anniversary.

As the six-month suspension of her sentences in two graft cases expires on September 24, Khaleda Zia's younger brother Shamim Iskander submitted an application to the government on August 25 for its extension.

On September 3, the Law Ministry gave its positive opinion for extending the suspension of Khaleda’s sentences for six months more based on two conditions -- receiving treatment staying at her Gulshan residence and not leaving the country.

On March 25 last, the 76-year-old BNP chief was released from jail for six months upon an executive order.

Nazrul said 76-year-old Khaleda has been staying at her home with serious illness despite various restrictions imposed by the government. “She now needs advanced treatment abroad. She’d received treatment at a hospital (BSMMU) for a long time, but could not recover.”

He said it was the dream of the freedom fighters in 1971 not only to liberate the country, but also to build a democratic, humane and prosperous Bangladesh. "But unfortunately, after so many years of our independence, we're  seeing one-party rule, military dictatorship and civilian dictatorship in the country. So, true democracy has not yet been properly established in the country.”
The BNP leader called upon the leaders and activists of Mohila Dal to get united and join the struggle to ‘restore’ democracy.