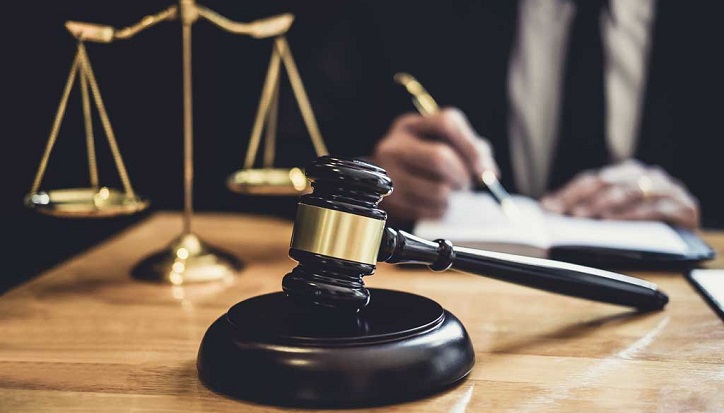 A Dhaka court today awarded three policemen including former sub-inspector of Pallabi Police Station Jahidur Rahman to life imprisonment and two other accused to seven years’ jail in the case filed over the custodial death of Ishtiaque Hossain Jonny in 2014.

Judge KM Emrul Kayesh of the Dhaka Metropolitan Sessions Judges Court of Dhaka passed the order in the presence of three accused including SI Jahidur Rahman out of five.

The court also sentenced two informants of police ---Sumon and Russell— to seven-year jail each in the case. It also fined Tk 20,000 in default to suffer six more months in jail.

Earlier on August 26, the court fixed the date to deliver the verdict after concluding trial proceedings in the case.

A total of 24 witnesses testified before the court during the trial since the trial had started on April 17, 2016 in the case.

According to the case statement, an altercation took place between police informants Sumon and Jony over girls being harassed at a wedding ceremony at Irani Camp under Pallabi Police Station in the early hours of February 9, 2014.

At one stage, Jony slapped Sumon. Half an hour later, a team of 25 to 26 policemen, including SI Zahid, swooped on the ceremony and vandalised the stage.

They also picked up Jony, Rocky and a few other people from the ceremony, and took them to the police station.

The detainees were tortured under police custody. SI Zahid jumped on Jony’s chest and spat in his mouth when he sought water.

Later, seriously ill Jony was taken to the National Heart Foundation, where doctors declared him dead.

The complainant alleged that police had cooked up a false story to hide the facts claiming that Jony was killed in a clash between residents of Irani Camp and Rahmat Camp.

On August 7, 2014, the court ordered judicial inquiry into the custodial death of Jony, after his brother Imtiaz Hossain Rocky filed a murder case.

Following a judicial inquiry, Dhaka metropolitan magistrate Maruf Hossain submitted a report to the court against the five accused in the case on February 17, 2015.