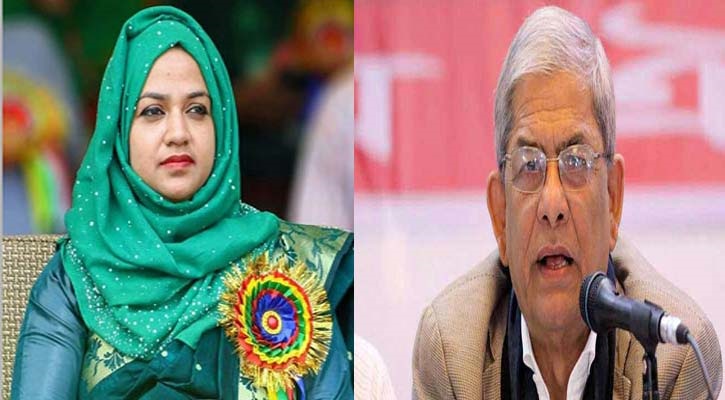 BNP standing committee has demanded an impartial probe into the brutal attack on Ghoraghat Upazila Nirbahi Officer (UNO) Wahida Khanam as there is an allegation that Jubo League "cadres have the direct involvement in it".

At their meeting on Saturday, the BNP policymakers also demanded the government bring the "Jubo League men" to justice if their involvement with the incident is found through the investigation, said a press release on Sunday.

“This incident has exposed the fragile and broken state of the current law and order situation in the country,” the media release said.

The BNP policymakers strongly denounced the attack on the UNO and her father.

They said the incident has proved that no citizen of the country, not even those in the administration, is safe under the current government.

The BNP leaders urged the government to ensure the security of life and property of every citizen of the country.

UNO Wahida Khanam was seriously injured in an attack by miscreants at her home on the Ghoraghat Upazila Parishad premises early Thursday. Her father, Omar Ali, was also injured in the gruesome attack.

She has now been undergoing treatment at the National Institute of Neurosciences & Hospital, Dhaka.

At their meeting, the BNP leaders also reviewed the draft of the Political Parties Registration Act, 2020 which has recently been approved by the Election Commission (EC).

The BNP leaders viewed that the EC wants to hand over the electoral system to the government to use it as a tool to establish a one-party rule through enacting unnecessary laws.

They denounced the EC’ such attempt to amend and change the existing law and urged the Commission to refrain from such activities.

About the Covid-19 pandemic, the BNP policymakers said though the virus has been spreading in an uncontrolled manner across the country, the government is misleading people by providing false statistics only to hide its failures to tackled the situation.

They urged the Directorate General of Health Services (DGHS) to present the real corona situation before the nation.

The BNP standing committee also expressed deep shock over the loss of lives and injuries in AC explosions at a mosque in Narayanganj.

Describing the incident as an unusual one, it demanded a neutral probe to find out the real causes behind the AC explosions and bring those responsible for it to justice.