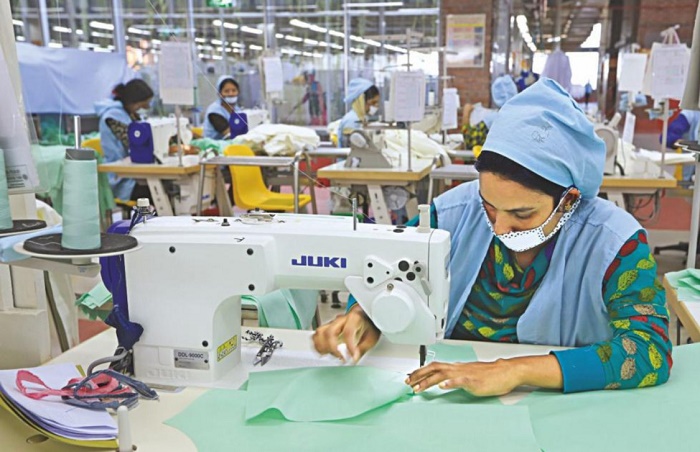 RMG export of the country has hiked by 47 percent as the major remittance earner reeling from corona is healing.

Bangladesh made a record export worth $ 300 crore in the last two consecutive months each.

According to BGMEA, export volume was worth $336.33 crore in August which is 47.25 percent higher than that of last year.

Export fell drastically in the bygone months due to Covid -19 which cast a negative impact on every sector, including RMG.

The first day of August did not see any export due to Eid holiday, sources said, adding it started to get pace gradually with a record export of $20 crore on August 13, highest in the month.

Spread of coronavirus across the USA and Europe in March was followed by indiscriminate cancellation of export orders.

The sector faced a serious setback due to heterogeneous problems. Factories were shut for a month as the government announced general holidays in all offices and factories due to pandemic.

As a result, the country’s RMG export stood at $37crore in March, the lowest in two decades.

In April, export jumped to $123crore in April and $225crore in June, source said.

Talking to media, BKMEA First Vice President Mohammad Hatem said the country started to see export against cancelled orders which are being revised by the buyers.