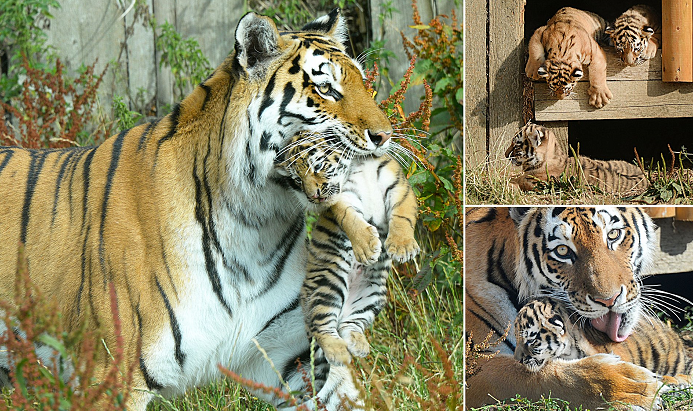 Four Amur tiger cubs have been born at the center of reproduction of rare species set up by the Moscow Zoo near Volokolamsk (Moscow Region), the Moscow mayor’s office informed on its website on Wednesday.

“Amur tigers, also known as Ussurian and Siberian tigers are very rare and unique animals. There are four adult Amur tigers living at our center in the Moscow Region: Tikhon, a male, and three females: Shiva, Baryshnya and Matryoshka. Shiva was pregnant for about 100 days. In the time coming up to the birth, she became stealthier and less active. She gave birth to four
cubs: two male and two female cubs,” Director General of the Moscow Zoo Svetlana Akulova informed.