Farewell to Kakababu of Indian Politics 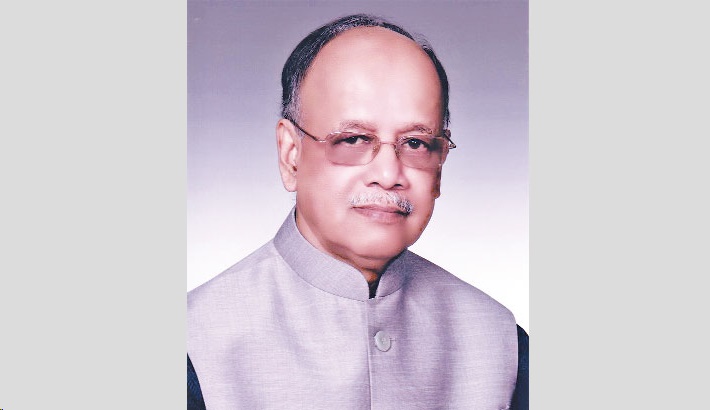 Pranab Kumar Mukherjee, more often known as Pranab Mukherjee but Kakababu to many, breathed his last in New Delhi’s Army Hospital in the early evening of 31 August 2020. He had been hospitalised twenty-two days back due to old age complications associated with Covid-19. He struggled for all these time and finally yielded to the divine call. Kakababu Pranab Mukherjee was Dada to Bangladesh’s Prime Minister Sheikh Hasina but, unfortunately, she cannot travel to Delhi to pay tribute to her Dada due to the pandemic.

He was the 13th President since India became independent in 1947. The late Mukherjee held office from 25th July, 2012, to 25th July, 2017, till he was replaced by the incumbent President Ram Nath Kovind. Out of the thirteen former presidents two names will overshadow the others because of their public service, humility and wisdom. They are none other than the late Dr. A P J Abdul Kalam and Pranab Mukherjee. Both were awarded with India’s highest civilian award, Bharat Ratna, the Gem of India.

Paying tribute to her father in a message, the late Mukherjee’s daughter, Sharmisthta Mukherjee, quoted her father’s favourite poet Rabindranath and tweeted ‘পেয়েছি ছুটি বিদায় দেহ ভাই, সবারে আমি প্রণাম করে যাই‘, and wrote ‘Baba, taking the liberty to quote from your favourite poet to say your final goodbye to all. You have led a full and meaningful life in service to the nation, in service to our people. I feel blessed to have been born your daughter.’

As said by his daughter, Pranab Mukherjee led a complete life. Born in the Birbhum district of undivided Bengal on 11th December, 1935, to a middle class family, he studied Political Science, History and Law at Calcutta University. He started his career as an upper division clerk at the local post and telegraph office but later taught at Howrah’s Islamia High School and Vidhyananda College. In 1957, he was married to Shuvra Devi of Narail. Shuvra Devi died on 18th August, 2015. Her extended family still lives in Narail and, during his visit to Bangladesh as the President of India, Pranab Mukherjee in March 2013 made a short trip to his in-laws’ home and met the family.

Pranab Mukherjee joined Congress in 1966 and then managed to make a permanent place in Indian politics, gaining respect from people of all quarters irrespective of their political beliefs. He worked very closely with the late Indian Prime Minister, Indira Gandhi.  During her most difficult times in the emergency years in India, although many deserted her but Pranab Mukherjee did not. His loyalty to Congress and Indira Gandhi always remained total.

The late Pranab Mukherjee last visited Bangladesh in January, 2018 and on 16th January, Chittagong University conferred on him an honorary Doctor of Letters (D. Litt) degree. In his acceptance speech, the late Indian President said it pained him very much to see universities instead of being centres for creating knowledge and excellence were busier creating consumer goods salesmen for multi-national companies. He expressed his frustration and said research which should have been the mainstay of any university was no longer on its list of priorities. This had sadly become a common phenomenon in the sub-continent.

Pranab Mukherjee had a special love for Bangladesh and more specifically for Bangabandhu’s daughter. When Sheikh Hasina went on a state visit to India from 7th to 10thApril, 2017, at the invitation of her Indian counterpart, Narendra Modi, then India President Pranab Mukherjee, in an “exceptional” gesture invited Bangladesh’s Prime Minster to stay at Rashtrapati Bhavan during her visit. This was just a demonstration of love and affection for Bangabandhu’s daughter.

During our War of Liberation, Pranab Mukherjee was very active in raising funds for the ten million refugees who had taken shelter in India and also played a key role in helping Indira Gandhi raise the issue of the plight of Bangladeshis due to the atrocities committed by the Pakistan army in occupied Bangladesh in the international arena.

Pranab Mukherjee was the first Bangali to become President of India. Joyti Basu had a chance to climb that height but, due to his party’s short-sighted politics, the chance was lost in 1996.

Farewell Pranab Mukherjee, a man of the common people and one whose love for the people of Bangladesh will remain in our memories for a long time to come. You have lived your life to the satisfaction of all, as narrated by your daughter. As the President of India, you overshadowed nearly all your colleagues. You have given your country what was expected from you. Human beings leave us but their deeds remain. Long live the memory of the late Pranab Mukherjee.

The writer is a former Chairman of the University Grants Commission of Bangladesh.