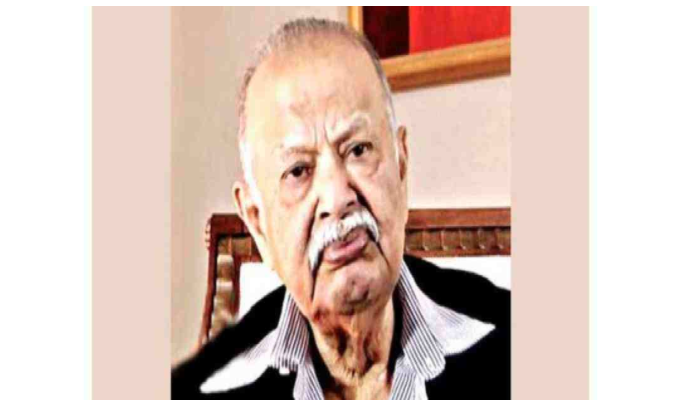 BNP on Tuesday paid last respect to Major General (retd) Chitta Ranjan Dutta, a war hero and commander of sector-4 during the country’s Liberation War in 1971.

A four-member BNP delegation, led by its vice-chairman Hafizuddin Ahmed, went to CR Dutta’s Banani DOHS home around 7am and placed a wreath at his coffin wrapped with the national flag.

They also paid their last respect by giving him a salute.

Talking to reporters, Hafiz said the nation will ever remember with respect CR Dutta’s contributions to the country’s Liberation War.

He said Captain Abdur Rouf under the leadership of CR Dutta freed Sylhet’s Kanaighat from the grasp of Pakistani occupation forces during the Liberation War.

Later, Hafiz said, CR Dutta had played an outstanding role in developing the army of an independent country as he was the head of its logistics department.

“We’ve come here on behalf of BNP, its chairperson Begum Khaleda Zia and acting chairman Tarique Rahman, to pay homage to such a heroic freedom fighter, and express our sympathy to his bereaved family members,” the BNP leader said.

He prayed for the eternal peace of CR Dutta’s departed soul.

Later, Hafiz handed over a condolence message of the party to late CR Dutta’s son.

On Monday, the body of the Sector  Commander  Chitta Ranjan Dutta, popularly known as CR Dutta, reached Dhaka from the United States.
He died on August 25 at a hospital in Florida, USA at the age of 93. The war hero was awarded 'Bir Uttam' for his bravery during the War of Independence.