Was always ready to sacrifice his own interest 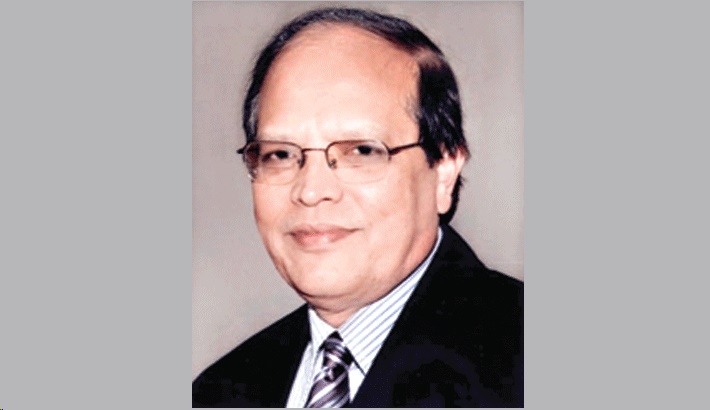 “…He stood out among many other leaders who were also fathers of their nations,” said Professor James Manor at SOAS, University of London, while giving a talk on Bangabandhu Sheikh Mujibur Rahman on April 10, 2018. I was amazed by the way he projected Bangabandhu in his speech when I had a chance to see the video. He strongly highlighted Bangabandhu’s willingness to endure personal sacrifices and pains as one of his unique traits. I covered some other traits of Bangabandhu elaborated by Professor Manor in the last piece of this column. Bangabandhu always emphasised building the political organisation from the grassroots, for which he was ready to run as many miles as required. And he, in fact, demonstrated this commitment to the organisation later when he left the position of Minister to become the Secretary General of the Party. Even earlier, he was quite reluctant to become a Minister in the United Front Cabinet led by A K Fazlul Huq despite his exceptional role in the election campaign, for which his party got the highest number of seats. However, after the election was over there was a lot of wrangling and bickering in the coalition of parties for self-actualisations. Sheikh Mujib did not have the slightest interest in these.

The overwhelming win by the candidates of the United Front, in particular that of Awami League, demonstrated that the people of East Bengal were completely disillusioned by the activities of the Muslim League provincial government. But winning the election did not mean the problems of East Bengal had come to an end. The Pakistan central government, in reality managed by the West Pakistani elites, were already conspiring against the United Front. Sheikh Mujib had an overwhelming victory over his wealthy opponent Wahiduzzaman.  However, even within the United Front, conspiracy was afoot to divide Awami League and break their collective strength. When Mujib returned to Dhaka from his constituency after the election results were out, he first met with Manik Mia at the Ittefaq office. Manik Mia has been quoted by Karim to have said, “He (Mujib) informed me that in Faridpur Mohan Mian and Abdus Salam had been reported as saying that on no account would Mujib be allowed to become a minister in the government and that they would ensure his exclusion from it. Mujib said that he was not interested in becoming a minister but now it had become a matter of prestige with him. He requested me to have a word with Shaheed Suhrawardy. When I told Suhrawardy about this, he was astounded. Fazlul Huq had been given a deadline of 12 o’clock in the night of 3 April to submit his list of cabinet ministers to the Governor. The bitter wrangling over the list made it impossible for the complete list to be prepared in time…Fazlul Huq then submitted the names of Ashraf Ali Choudhury, Abu Hossain Sarkar and Syed Azizul Huq (Nanna Mian) to the Governor by midnight…The general public was not aware of the wrangling and when they saw that the list of three cabinet ministers did not include any Awami Leaguer, they lost their enthusiasm about the electoral victory…” (Karim, S.A., UPL 2009(revised edition), ‘Sheikh Mujib: Truimph and Tragedy, pp. 57-58)

Sher-e-Bangla A.K. Fazlul Huq was quite advanced in age when he led the United Front. He was misled by many of his near ones, including his nephew Nanna Mia. They always tried to undermine the Awami League and its spokesperson Sheikh Mujib. Mr. Huq did not form a full cabinet initially which upset many within the United Front. The Awami League said they would join only when the full cabinet was formed as this was what the people wanted as well. Sheikh Mujib was concerned that the partially filled cabinet would create a divide within the Awami League as well (‘The Unfinished Memoirs’, p. 265). Mr. Huq had declared that he would not make Sheikh Mujib a part of his cabinet to which Mr. Suhrawardy reacted very sharply. He said that this was his and Maulana Bhasani’s decision and Mr. Huq had no say in it. Sheikh Mujib responded to this and said to Suhrawardy, “…Please don’t make me a bone of contention. I don’t want to be a minister. If they are willing to form a full-fledged ministry without me, please go ahead.” (ibid. p. 266) Mr. Huq later told them that Sheikh Mujib was to be a part of the cabinet as well. However, those in the Awami League said they would only join when a full cabinet was formed. We can see that Sheikh Mujib had prioritised the formation of a full cabinet over becoming a minister. Time and again we see that his priorities lay in what would benefit the masses, rather than his personal gain.

Eventually the cabinet was expanded and Awami League members, including Sheikh Mujib, were included. Unfortunately, this cabinet did not last long due to conspiracies hatched by the Pakistani elites. The Awami League members including Sheikh Mujib, Ataur Rahman Khan, Abul Mansur Ahmed, Abdus Salam Khan, Hashimuddin and Kafiluddin Chowdhury took oath on May 15, 1954. Immediately after the oath-taking ceremony Sheikh Mujib had to rush to Narayanganj as a riot broke out among the workers in Adamjee Jute Mills. According to Sheikh Mujib (ibid. pp. 269-272) this was a pre-planned conspiracy to undermine the United Front Government. In his own words, “I had no doubts that these riots were the result of a huge conspiracy aimed at belittling the United Front Government and showing it as incompetent in the eyes of the whole world.” (ibid, p.272) He went to Adamjee Jute Mills again and again to bring peace in the area. However, a lot of lives and properties were lost during these riots. After the portfolios were allocated the cabinet barely worked for a week or so when Mr. Huq wanted Ataur Rahman Khan and Sheikh Mujib to go with him to Karachi to see the Governor General of Pakistan Ghulam Muhammad. After meeting the Governor General who was barely fit to receive them, it became clear to Sheikh Mujib and his colleagues that a conspiracy has been floated to impose Governor’s rule in East Bengal. So they hurried to return to Dhaka and took their return flight on 29 May. They were received enthusiastically by the workers, despite how the Police Chief Mr. Doha, part of the conspiracy, scared them on the plane by saying the Dhaka airport was surrounded by the military.

Once he reached home he found out that his wife was yet to organise the house. He then said to her that it was futile to do so as he might soon be put to jail again. No doubt after a few hours the news broke out that the United Front Government was dismissed under section 92(A). He immediately rushed to the party office to get some confidential papers and asked his colleagues in the Front to protest against this undemocratic decree of the Central Government. When he went to Nanna Mia’s house he was well aware that the police was planning to arrest him. He left the official car and went home in a rickshaw. On reaching home he came to know that police had come to look for him. He then tidied up his bed and packed other materials as preparation for going to jail. He then called District Magistrate Yahiya Chowdhury to send a car to pick him up. He told Begum Mujib to go to their village home if it was too difficult to stay in Dhaka. At the same time he requested his friend Yar Mohammad to rent a house for the family, which he did. But Yar Mohammad too was arrested some days later. Sheikh Mujib was the only Minister, and the youngest one on top of that, who was arrested. Many opposition leaders and workers, mostly from Awami League were also jailed along with him. He, however, left a strong message to his co-leaders that this undemocratic decision of the central government must be opposed. The workers were ready but the leaders did not have the guts to lead a coordinated protest against the government.Sheikh Mujib lamented about this lack of courage from the leaders in his ‘Unfinished Memoirs’. In his own words, “If the leaders had called the people to join them in mass action that day we would have witnessed such a massive movement that it would have deterred any conspirators from oppressing Bangladesh in the future.” (ibid, p.279) And that was the spirit of Sheikh Mujib, which was finally vindicated later in his long political journey. In the meantime, his family languished in uncertainty as he left for the jail. Earlier, he had been happy to see his wife and the children move to Dhaka from the village. But he was not sure how long this reunion would last. In his own words, “When I reached home I found out that Renu had come to Dhaka the previous day with the children. She wanted to stay in Dhaka from now on since she believed that the children needed to stay in the city. I was happy because I had been leading a very unsettled life.” (ibid, p. 268) That hope was dashed soon as he once again landed in jail and Begum Mujib faced the new adverse situation with courage and dignity. The role of Begum Mujib was equally heroic in the history of Bangladesh.

The author is Bangabandhu Chair Professor, University of Dhaka and former Governor, Bangladesh Bank. He can be reached at: [email protected]