Three-year-old girl thrown high into the air by kite 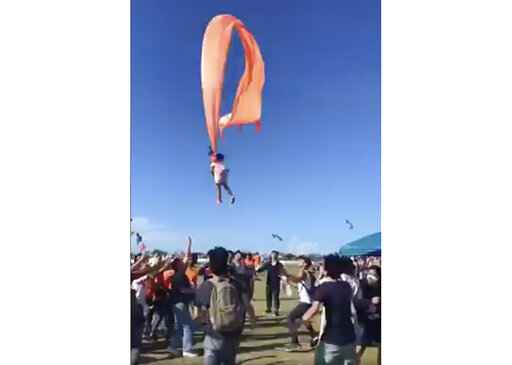 Terrifying footage shows the moment a three-year-old girl was whisked 100 feet into the air by a giant kite during a Taiwanese festival.

The unidentified girl was taking part in a kite festival on Sunday at Nanliao harbour in Hsinchu City when she was caught up by a giant, long-tailed orange kite.

Footage from the scenes her twisting several times above a crowd of adults as they desperately struggle to pull her back down to earth.

Local reports suggest a group of people were able to catch her when she fell to the ground, with screams and yells filling the scene.