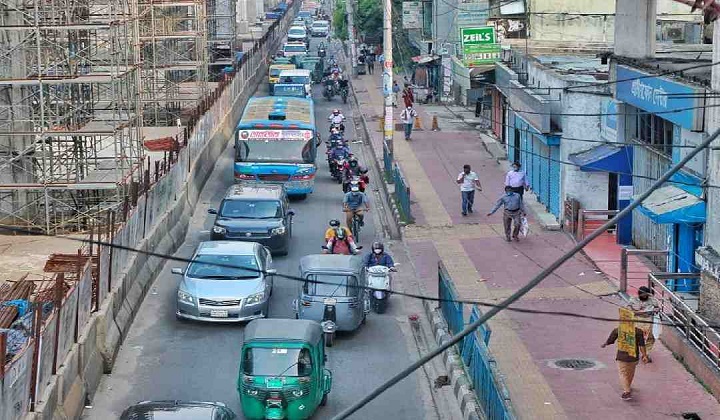 The capital city had an AQI score of 112 in the morning, indicating that the air quality was unhealthy for sensitive groups.

A numerical value between 101 and 150 indicates that members of the sensitive groups may experience health effects. The general public is less likely to be affected.

Brazil’s Sau Paulo with a score of 153 topped the list of cities with worst air quality.

The AQI, an index for reporting daily air quality, tells people how clean or polluted the air of a certain city is and what associated health effects might be a concern for them.

‘No improvement in sight’

Environment, Forests and Climate Change Minister Md Shahab Uddin had admitted that the air pollution in Dhaka reached an intolerable level while the High Court issued a nine-point directive to bring down air pollution in the capital.

In an interview with UNB, he said brick kilns were responsible for 58 percent air pollution in the capital.

He said the Department of Environment (DoE) and the World Bank published a research report on the sources of air pollution in Bangladesh in March last year which identified brick kilns, fumes of vehicles and dust from construction sites as three main sources.