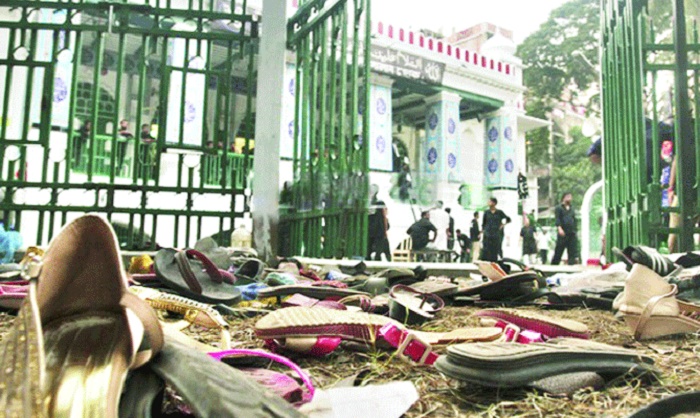 It is five years since the trial of Hossaini Dalan bomb blast case began, but has got stuck in legal complexities, making the case linger on.

According to court sources, no witness testified before the tribunal since October 22, 2018.

The recording of testimonies of the witnesses were stopped after defence lawyer Faruk Ahammed submitted petitions claiming that two accused—Zahid Hasan and Masud Rana—were children, and sought separate trial for them.

The trial in the case against 10 members of banned militant outfit Jama’atul Mujahideen Bangladesh (JMB) is now pending with Anti-Terrorism Special Tribunal in Dhaka.

The last recording deposition in the case was held on October 22, 2018, almost two years ago, when 11th witness Abu Sayeed testified before the tribunal.

Since then, no witness testified during the last 20 scheduled dates from October 22, 2018 to August 24 this year. The next hearing date is September 29.

Later, the IO submitted a supplementary charge sheet against Jahid Hasan for his trial under Juvenile court. But the IO did not submit report on Masud Rahan, an accused, till now.

“The recording of testimony of the witnesses got stuck in the cases as the petition regarding the accused Masud Rana is yet to be disposed of till now,” said defence lawyer Faruk Ahammed.

Talking to daily sun, he also said, “The trial is stuck due to mistake of IO in the case. He (IO) submitted charge sheet against two children along with the adult accused.”

Public Prosecutor Golam Sarwar Khan of the tribunal said, “The trial in the case is delayed due to Covid-19 pandemic and a petition submitted by defence regarding an accused is not also disposed of.”

“We are trying our best to complete the trial but it got delayed due to legal complexities,” he added.

However, allegations had it that the prosecution and other officials concerned are not giving proper attention to complete the case as the trial in the case is delaying.

According to the case, on October 23, 2015, two persons, including a schoolboy named Sanju, 15, were killed and over 100 others injured when militants launched a terrible grenade attack at a crowd on the Hossaini Dalan premises.

During the attack, people from the Shia community were gathering near the building to bring out a traditional Tajia procession to mark the holy Ashura.

The day marks the martyrdom of Hazrat Imam Hussain (RA), the grandson of Prophet Hazrat Muhammad (SM), and the Shia community has been observing the day for centuries.

Later, Sub-inspector Jalal Uddin of Chawk Bazar Police Station filed the case under the anti-terrorism act over the incident.

DB Inspector Shafiuddin, also IO of the case, on October 18, 2016, submitted a charge sheet against 10 accused in the cases.