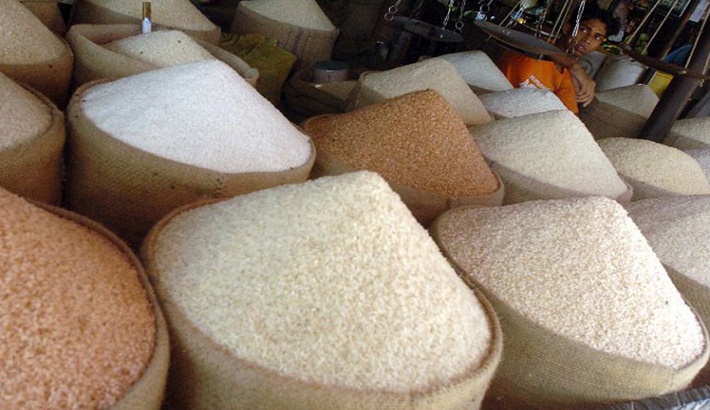 A nexus between rice mill owners, importers and hoarders are responsible for the skyrocketing price of the main staple food, agricultural economists have alleged.

Despite surplus output, rice price is soaring across the country, triggering worries among the low and fixed-income groups.

Prices of all varieties of rice, including Miniket, Paijam and Swarna, have sharply increased in the retail market in the capital and other parts of the country.

Agri-economist ASM Golam Hafeez, also a professor of Department of Agricultural Finance and Banking at Bangladesh Agriculture University (BAU), told the Daily Sun that the millers are the main player of the rice market and they always dominate the market.

“Bangladesh had a surplus rice production this year but now most of the rice stock is in the hands of millers and traders,” he said, adding that they are now increasing the price but putting the blame on the floods and coronavirus pandemic.

Food secretary Dr Mosammat Nazmanara Khanum said they will take adequate measures to stabilise the rice market. He also said the government is also planning to import rice after assessing the needs based on the government rice stock.

Corse rice (Swarna/China IRRI) price shot up by 27.78 per cent in a year and 8.24 per cent in a month, according to Trading Corporation Bangladesh (TCB) data.

The retail price of Corse rice was at Tk 44-48 per kg on Thursday while the price of this type of rice was Tk 40-45per kg a month earlier, it said.

Medium quality rice was selling at Tk 48-54 per kg on Thursday from Tk 44-52 per kg a month earlier.

Fine rice was selling at Tk 54-64 per kg on Thursday from Tk 50-62 per kg a month earlier. Nirod Baran Saha, president of Naogaon Chal Aratdar Samity, said they did not increase the price; they are rather seeing a fall in buyer turnout.

“Wholesale price of Katari rice is Tk 2200-2300 per 50 kg, Miniket /Jirashal rice is Tk 2300-2550 per 50 kg and Parija rice is Tk 2100-2200 per 50 kg,” he said.  Economist ASM Golam Hafeez also said there is enough rice stock in the country and the supply is adequate in the market. “However, the businessmen are increasing the rice price indiscriminately.”  The government should negotiate with mill owners to help stabilize the rice market and strengthen market monitoring to check price manipulation.

Country’s rice production has increased by 3.54 per cent to 38.7 million tonnes in 2019-20 fiscal, according to Bangladesh Rice Research Institute (BRRI) data. The country will have surplus rice stock of 5.55 million tonnes after meeting the demand till November which can meet more 36-78 days demand, BRRI suggests.