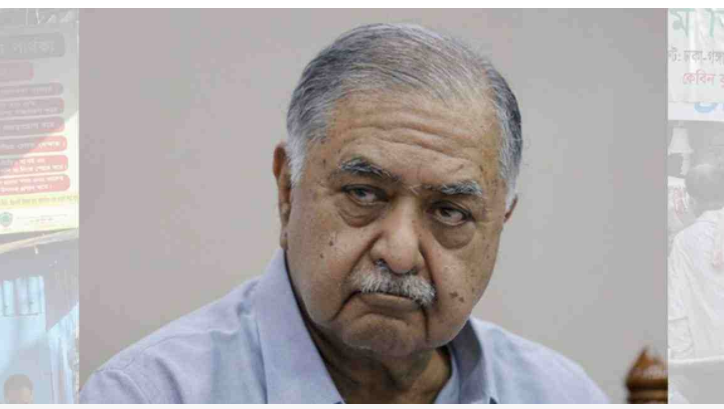 Gano Forum President Dr Kamal Hossain on Saturday urged the country’s people to get united and engage in positive politics to get rid of extrajudicial killings, corruption and ensure good governance.

“We’re passing through a very helpless situation. There’s no alternative to working together to overcome it. We must unite people to establish their rights,” he said.

Dr Kamal said, “People must remain united to restore democracy, the rule of law and good governance. We have to mobilise public opinion against corruption, politicisation and crossfire. The Bangali nation overcame all crises in the past. We’ll also do it now and people will surely turn victorious.”

He made the remarks while virtually speaking at a discussion arranged by Gano Forum, marking its 27th founding anniversary.

Dr Kamal said the nation faced many crises after the Liberation War and overcame those with united efforts. “Autocratic had been rules were imposed on us at different times, but we didn’t  accept them. We got united constructively which is called positive politics.”

He said positive politics help make people aware of their rights and their problems. “We must work positively and tackle the current national crisis. There’s no alternative to positive politics. We won’t be able to achieve anything with negative activities.”

Dr Kamal, also a noted jurist, urged people to come forward to resolve the country’s problems and take it forward as its owners instead of getting disappointed. “The people of this country never get disappointed. We’ve to work together to get rid of the situation, no matter how terrible it is.”

“We must protect our independence, democracy and ensure good governance. We also have to upgrade our education system and create an atmosphere so that people can contribute to the country’s development,” he observed.

Stating that coronavirus has devasted the country’s economy, the Gano Forum chief said people should play their due role from their respective positions to revive the economy. “The government should also extend necessary support to people in this regard.”

He said their party wants to bring a change in the country’s political culture so that people do not become 'subjects,' of those whom they elect by giving votes. “Our goal is to protect voting and other rights of the country’s people, and restore people’s ownership of the country.”