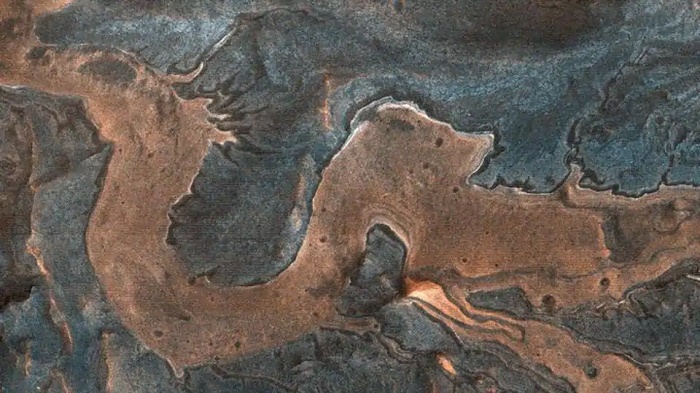 Images of the Red Planet are always fascinating to look at. This latest picture of Mars shared on Twitter by NASA is no different. However, what makes it even more compelling is a pattern on the image which resembles a mythological beast, a dragon.

“The sharp-eyed HiRISE camera aboard our Mars Reconnaissance Orbiter captured this ‘dragon’ patrolling the canyon floor of Melas Chasma,” NASA tweeted. According to a blog by the space agency, Melas Chasma is a part of the largest canyon system on Mars.

“The area shown is just over half a mile (about one kilometer) across,” they also added in the tweet’s caption.

Since being shared, the post has collected over 830 likes and close to 220 retweets. People had lots to say in the post’s comments section. Most were simply amazed to see this image of Mars.