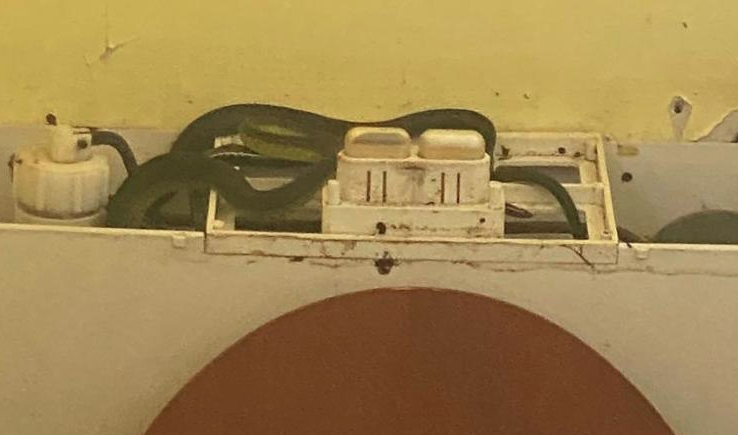 An Australian woman who had difficulty flushing her toilet was shocked to find four snakes coiled up inside the cistern.

Sofie Pearson, 25, who lives on a cane farm in North Queensland, told CNN affiliate 7News that when she went to her bathroom last Sunday, she had to push down hard on the button to get the toilet to flush.

"I was a bit confused," she told 7News. "So I figured I'd just pull the top off and check what the issue was."
What she discovered were four common tree snakes wiggling inside. The largest snake was 3.2 feet (1 meter) long, 7News reported.
"I sort of looked at them for a second and thought ... that's not right," she told 7News.
Common tree snakes, which mostly feed on frogs and skinks, are non-venomous and usually sleep in tree hollows, crevices and foliage, according to Queensland's Department of the Environment.

Pearson took a photo and filmed the reptiles on her phone, before calling a friend for help to remove them.
"He came and wrangled them out for me, because I was not touching them," she said.

The friend released the snakes unharmed into a cane field nearby, 7News reported.

This is not the first time Pearson has made such a discovery. Just over a month ago, she found another three snake inside her bathroom next to the toilet, she said.

She said she suspected the snakes had entered her house through cracks in the floorboards.