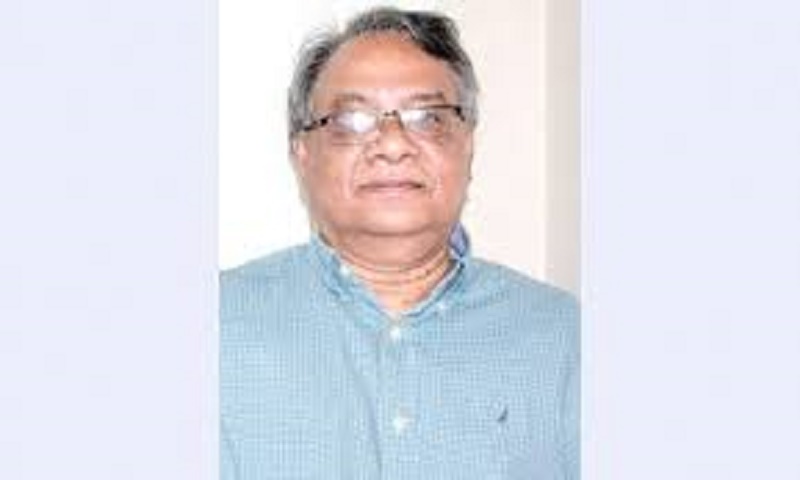 Climate change is a stark reality now. The denial culture is also there in the international arena regarding the phenomenon of the climate change. However, many natural disasters occurring at different places around the world are attributed to climate change. Right at this moment, Bangladesh is reeling under flood. The wild fire raging in California is causing deaths and destruction. To combat it, California has sought international help particularly from Canada and Australia. The above mentioned natural disasters are just a few examples.

In fact, numerous other natural disasters that are happening in different parts of the world are caused by or are the consequences of climate change. Climate means the average weather at a particular place that takes into consideration features like temperature, rainfall, humidity and windiness. In that sense, climate change means periodic modification of earth’s climate brought about by changes in the atmosphere as well as interactions between the atmosphere and various other geologic, chemical, biological, and geographic factors within the earth system. Such changes are significant and long-term in nature. Again, the global climate is the connected system of sun, earth and oceans, wind, rain and snow, forests, deserts and savannas including everything that people do. It has been learned that the climate change plays a fundamental role in shaping natural ecosystems, and the human economies and cultures.

In recent times, climate of our planet is rapidly changing with disruptive impacts, and that change is happening quite fast. However, it needs to be mentioned here that the earth’s climate is always changing. Many natural phenomena can cause the climate to change. The Fifth Assessment Report of the Intergovernmental Panel on Climate Change formed under the auspices of the United Nations concluded that there is a more than 95 per cent probability that human activities over the past 50 years have warmed our planet. The industrial activities have raised atmospheric carbon dioxide levels causing greenhouse effects. Greenhouse gases are produced in different ways. These include burning of fossil fuels such as oil, gas, and coal that contain carbon dioxide; deforestation by cutting down the forest and releasing carbon dioxide into the atmosphere; cultivation in the form of planting crops and rearing animals releases many different types of greenhouse gases into the air and cement production is another contributor to climate change causing significant carbon dioxide emissions.

Thus, the main cause of climate change is burning fossil fuels. When burnt, fossil fuels release carbon dioxide into the air. These gases cause the air to heat up and ultimately change the climate. Scientists are of the opinion that the Earth’s temperature will keep rising for the next 100 years. This would cause more snow and ice to melt; oceans would rise higher; some places would get hotter and others might have colder winters with more snow; some places might get more rain than others; and some places might have stronger hurricanes, cyclones, tidal surges, flood and droughts to mention some of the effects of climate change.

According to the report, “Preparing for the Changing Climate,” rising levels of carbon dioxide and other heat-trapping gases in the atmosphere have warmed the Earth and are causing wide-ranging impacts. It is projected that these trends will continue and in some cases accelerate, posing significant risks to human health, forestry, agriculture, freshwater supplies, coastlines, and other natural resources that are vital to humans. All these are dependent on the climate.

Any change in climate can affect many related aspects of human lives and habitat including plants and animals, food production, availability of water, and the health status like the spread of tropical diseases. Here it needs to be mentioned that the negative impacts of climate change are disproportionately borne by persons and communities already in disadvantageous situations owing to geography, poverty, gender, age, disability, cultural or ethnic background. In particular, the countries and communities that live and rely upon low-lying coastal lands, tundra and Arctic ice, arid lands, and other delicate ecosystems are at risk territories for their housing and subsistence face the greatest threats from climate change.

In recent years, countries of those regions including Bangladesh are increasingly experiencing different types of natural disasters almost every year because of the impact of climate change. These include cyclones and storm surges, salinity intrusion, extreme temperature and drought and melting of glaciers in the mountains, floods and flash floods. The low lying countries will be hard hit by the rise of sea levels. It has been projected that with the rise of sea-level up to one meter only, countries like Bangladesh may lose considerable amount of their land areas under sea water and a large number of people living in the coastal areas could become Climate Change Induced Refugees.

Over the years, international community has acknowledged the adverse impacts of the climate change. In 1992, 165 nations signed an international treaty, the UN Framework Convention on Climate Change (UNFCCC). The Kyoto Protocol of the UNFCCC is the most important global initiative on climate change. But it has achieved limited success as it has exempted highly populous and fast growing economies such as China and India from its purview. The most industrialised country United States of America also did not ratify it. Currently, the world is being ravaged by the highly contagious Covid-19 virus that has caused a pandemic and has already claimed tens of thousands of lives in different countries across the continents. It is said that warmer, wetter and more variable conditions brought by climate change are making it easier to transmit diseases such as Malaria, Dengue fever, Chikungunya, Yellow fever, Zika virus, West Nile virus and other diseases in many parts of the world. In the same vein, it is also perceived that changes in infectious disease transmission patterns are a likely major consequence of climate change. However, many are of the opinion that the international initiatives and protocols on climate change have largely failed to include health issues that are associated with climate change. The current Covid-19 led pandemic should be an eye opener for all. The international community needs to come forward with concerted initiatives to address health issues that could be caused by climate change to avoid similar or even more devastating pandemic in the future.