Over 57,000 suffer from waterborne diseases 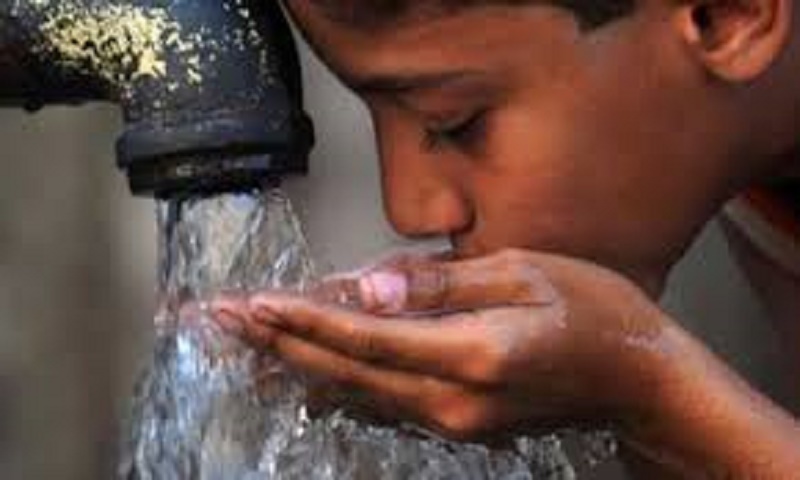 The overall flood situation has improved in different parts of the country but many waterborne diseases have broken out into the affected areas in the aftermath of flood.

Diarrhea, Respiratory Tract Infection (RTI), skin diseases and eye infection have flared up among the flood-affected people as they are facing an acute crisis of potable water.

A total of 57,301 people fell victim to various diseases in 33 districts from June 30 to August 26, according to Health Emergency Operations Center, Director General of Health Services (DGHS).

Most of the marooned people are suffering from diarrhoea due to scarcity of pure drinking water in the flood affected areas, said duty official of the Health Emergency Operations Centre.

Floodwaters were receding from the northern, some central and eastern regions over the last couple of weeks.

So far, 5.044513 million people marooned in floodwater are looking for financial assistance in maintaining their families while many of them were displaced for the deluge.

During the flooding, at least 234 people were killed, of them 207 by drowning and 24 from snake bites, 1 from diarrhea and 2 from other incidents, according to the Health Emergency Operations Center.

Flood-affected people in different areas are passing days in extreme uncertainty as flood washed away all their belongings including houses, crop land, domestic animals and other valuables.

They are suffering much for acute shortages of food and pure drinking water as soon as the flood water starts receding. They are lacking in flood relief.

Marooned people have taken shelter on embankment, roads, highland and flood centres with their domestic animals and valuables as their houses have been washed away and crops damaged.

Though flood water has been receding significantly across the country, erosion of riverbank intensifies in several Northern, Central and Southern regions.

Local sources said river erosion is creating further woes to the flood-affected people. A large number of houses, structures, trees and crops on a vast tract of land were washed away by flood waters and strong current of rivers in different flood-hit areas.

The Brahmaputra-Jamuna and Padma rivers are in falling trend while the Ganges River is in steady state, which may continue in the next 72 hours, said Md Arifuzzaman Bhuiyan of Flood Forecasting and Warning Center (FFWC).

Major rivers of the Upper Meghna basin in the North-Eastern region of the country are in falling trend which may continue to do so in the next 24 hours, he said.

The flood situation in low-lying lands of Manikganj, Rajbari and Faridpur districts may improve in the next 24 hours, according to FFWC.