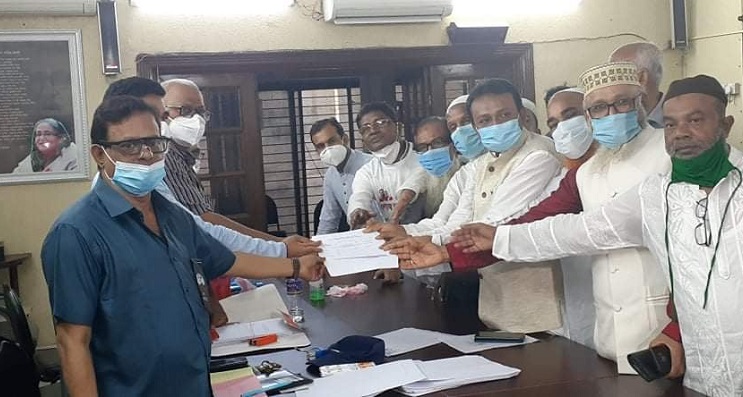 A total of 20 leaders of ruling Awami League (AL) and its wing organisations collected the party’s nomination papers for joining the by-election race for Dhaka-5 (Jatrabari-Demra) constituency.

Earlier, the Awami League on August 17 started the seven-day long sale of nomination forms for the upcoming by-elections to five parliamentary constituencies including the Dhaka-5 seat, which was end on Sunday.

Meanwhile, the Election Commission on Sunday announced the by-election schedule for three seats---Pabna-4, Dhaka-5 and Naogaon-6---while the EC deferred by-polls of Dhaka-18 and Sirajganj-1 for 90 days.

As per the schedule, the elections will be held to Pabna-4 on September 26 and Dhaka-5 and Naogaon-6 on October 17, respectively.