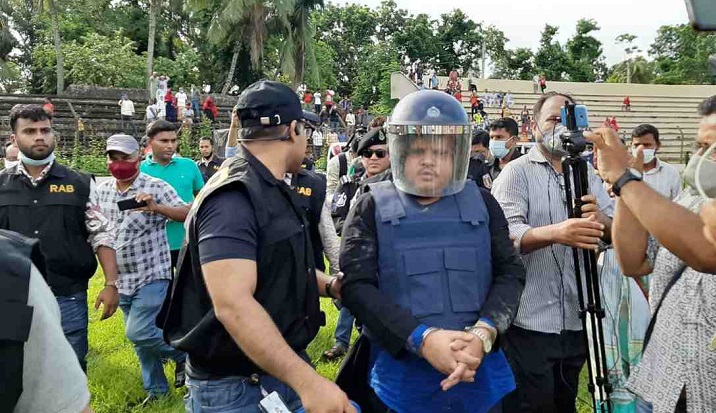 Shahed was produced before the court today after the expiry of seven-day remand in the case.

Earlier on Thursday, the court ordered to produce Shahed before it after the expiry of his remand.

Later on August 10, Shahed was placed on a seven-day remand.

Members of Rapid Action Battalion (RAB) arrested Shahed from a bordering area of Satkhira on July 15 and airlifted him to Dhaka.