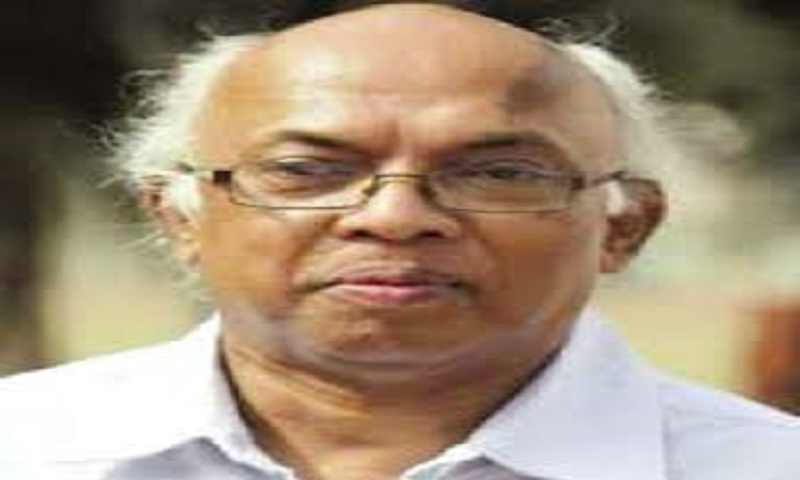 Indian Foreign Secretary Harsh Vardhan Shringla was recently in town. Apart from the public pronouncements on the nature and details of the visit, there are the questions which remain in the public mind on the nature of his talks with Prime Minister Sheikh Hasina. Did the prime minister raise any bilateral issues with the visitor? Did Shringla on his own offer any perspectives on the state of India-Bangladesh ties?

Add to that the recent announcement of Chinese aid for a project on the Teesta in Bangladesh, one that comes against the background of the lack of a resolution of the Teesta water-sharing question between Dhaka and Delhi. Questions about Beijing’s growing closeness to Dhaka have certainly had policy makers in Delhi worried, for reasons of their own. China’s BRI is a good instance.

And then comes the matter of the subtle moves being made by Pakistan to elicit Bangladesh’s support for its policy, or whatever there is of it, on the Kashmir question. Prime Minister Imran Khan’s recent telephonic conversation with Prime Minister Sheikh Hasina has predictably been a subject of intense speculation in Islamabad, Delhi and Dhaka.

These developments, as evident from a study of what has been stated above, have at their core diplomacy which now appears to be guiding the thoughts of Bangladesh’s foreign policy establishment. In essence, it all seems to be a return to Bangabandhu Sheikh Mujibur Rahman’s articulation of diplomacy he considered integral to Bangladesh’s interaction with the world beyond its frontiers in those early days of the country’s independent nationhood. He went back to Abraham Lincoln, to borrow and build on the phrase, ‘friendship for all and malice toward none’, as the cornerstone of Bangladesh’s foreign policy.

In the brief period of Bangabandhu’s government, no more than three and a half years, that underpinning of national diplomacy was practised to the hilt. Relations with nations that had been opposed to Bangladesh’s emergence were set on the right track, as with the US administration of President Richard Nixon. Through Bangabandhu’s insistence that Indian troops be withdrawn from Bangladesh was initiated a new era of mutual respect being the key factor in ties between Delhi and Dhaka. Contrary to what conspiracy theorists in Dhaka, opposed to Bangabandhu’s governance of the state, peddled for years, the Indo-Bangladesh treaty of friendship and cooperation was a guarantee of strong alignment between the two countries, in much the same way that the Indo-Soviet treaty between Moscow and Delhi was in August 1971.

Bangabandhu perceived the very important need for Bangladesh to expand its diplomatic goals to embrace not just individual countries but regions around the globe. His decision to take Bangladesh into the non-aligned group of nations was indicative of his belief that in a period of what was the Cold War, the country could not afford to be caught between the capitalist and communist segments of the world. In seeking membership of the Commonwealth, he saw a new horizon, comprising as it were states that once were dominated by British imperialism, opening up for his country. Bangabandhu’s insistence that Pakistan acknowledge the reality of Bangladesh’s sovereign status culminated in Islamabad’s according recognition to Dhaka in February 1974. That was also the opportunity for Bangabandhu to open another window for Bangladesh --- through linking up with the Organisation of Islamic Cooperation (OIC). When China blocked Bangladesh’s admission to the United Nations, Bangabandhu was disappointed but refrained from voicing any public condemnation of Beijing’s act. He knew Dhaka and Beijing would sooner rather than later need each other in friendly cooperation. With Saudi Arabia and Libya, he made it clear that Bangladesh’s relations with them would not be at the sacrifice of its secular principles.

Close to half a century after Bangladesh made its foray into diplomacy under Bangabandhu, there are the pointers today to what Sheikh Hasina conceives the foreign policy her administration means to pursue. That old principle, ‘friendship for all and malice toward none’, is certainly at work again, which is as it should be. Bangladesh has certainly been disappointed with what India, China and Russia have not been able to do, through exerting pressure on Myanmar, on the Rohingya question. But that has not come in the way of Dhaka’s broader perception that it needs to develop and maintain a necessary balance in relations with Delhi, Beijing and Moscow.

Foreign policy, for any country, has at its core its enlightened national interest. It is a reason why Bangladesh should from here on move toward a diversification of its diplomatic priorities. There is the Pakistan question. Imran Khan’s gesture is of course appreciable, but Bangladesh’s response should be dependent on the steps Islamabad needs to take if it means to have a new beginning of ties with Dhaka. It ought not to be under the illusion that Bangladesh will share its stand on Kashmir. Nor should it begin to entertain the fond hope that Bangladesh’s relations with China, in economic and political terms as also in the purchase of military hardware, are a sign of a cooling of Dhaka’s ties with Delhi. Again, for Bangladesh and Pakistan to come closer, much will depend on Islamabad’s willingness to transform its narrative on 1971 into a proper acknowledgement of the truth. Besides, there yet remain such unresolved issues as a sharing of the assets and liabilities of pre-1971 Pakistan between the two countries.

And it is time for Bangladesh’s foreign policy establishment to focus on an expansion and deepening of ties with ASEAN. From cultural perspectives, Bangladesh has much in common with the nations of the ASEAN region, which is why such a broadening out of diplomatic dimensions becomes important. Additionally, Bangladesh’s proactive role in South Asia ought to be buttressed by measures geared to a revival of a comatose SAARC. In circumstances dominated by the coronavirus pandemic, it becomes all the more essential that governments in South Asia revive what once was touted as the SAARC spirit. Again, for Dhaka to initiate the idea of the SAARC charter being amended to allow for deliberations on bilateral issues within its councils would be in line with the demands of twenty-first century diplomacy. NAFTA, NATO and the European Union are the instances that can be emulated.

Diplomacy everywhere has historically been a hard act to follow. Even so, ingenuity and experience resting on intellectual content --- on the part of small states as Bangladesh is --- does make a difference. A dynamic foreign policy establishment, guided by a political administration possessed of an understanding of global circumstances, is the paramount need in Dhaka in these times.