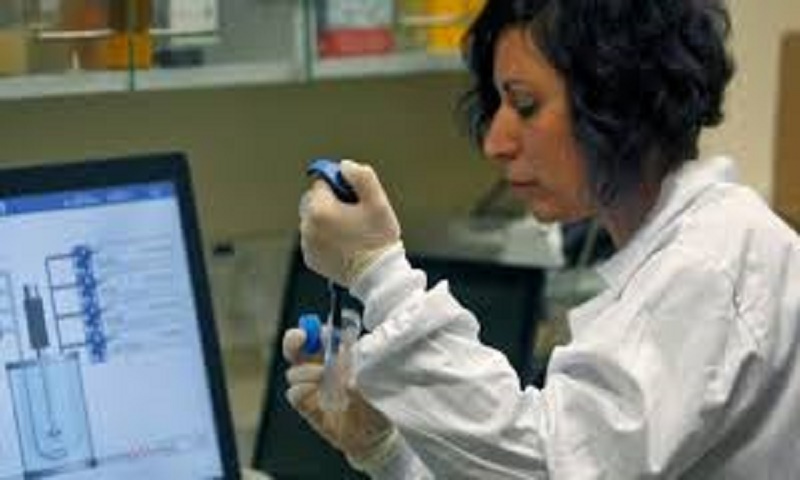 Scientists have developed a vaccine that targets the SARS-CoV-2 virus, can be given in one dose via the nose and is effective in preventing infection in mice susceptible to the novel coronavirus.

The investigators next plan to test the vaccine in nonhuman primates and humans to see if it is safe and effective in preventing COVID-19 infection.

The study led by scientists at Washington University School of Medicine in St. Louis is available online in the journal Cell.

Unlike other COVID-19 vaccines in development, this one is delivered via the nose, often the initial site of infection. In the new study, the researchers found that the nasal delivery route created a strong immune response throughout the body, but it was particularly effective in the nose and respiratory tract, preventing the infection from taking hold in the body.

"We were happily surprised to see a strong immune response in the cells of the inner lining of the nose and upper airway -- and profound protection from infection with this virus," said senior author Michael S. Diamond, MD, PhD, the Herbert S. Gasser Professor of Medicine and a professor of molecular microbiology, and of pathology and immunology.

To develop the vaccine, the researchers inserted the virus' spike protein, which coronavirus uses to invade cells, inside another virus - called an adenovirus - that causes the common cold.

The harmless adenovirus carries the spike protein into the nose, enabling the body tomount an immune defence against the SARS-CoV-2 virus without becoming sick.

Although there is an influenza vaccine called FluMist that is delivered through the nose, it uses a weakened form of the live influenza virus and can't be administered to certain groups, including those whose immune systems are compromised by illnesses such as cancer, HIV and diabetes.

In contrast, the new COVID-19 intranasal vaccine in this study does not use a live virus capable of replication, presumably making it safer.

The researchers compared this vaccine administered to the mice in two ways -- in the nose and through intramuscular injection. While the injection-induced an immune response that prevented pneumonia, it did not prevent infection in the nose and lungs, reports Times of India.

Such a vaccine might reduce the severity of COVID-19, but it would not totally block infection or prevent infected individuals from spreading the virus.