When State Is the Killer 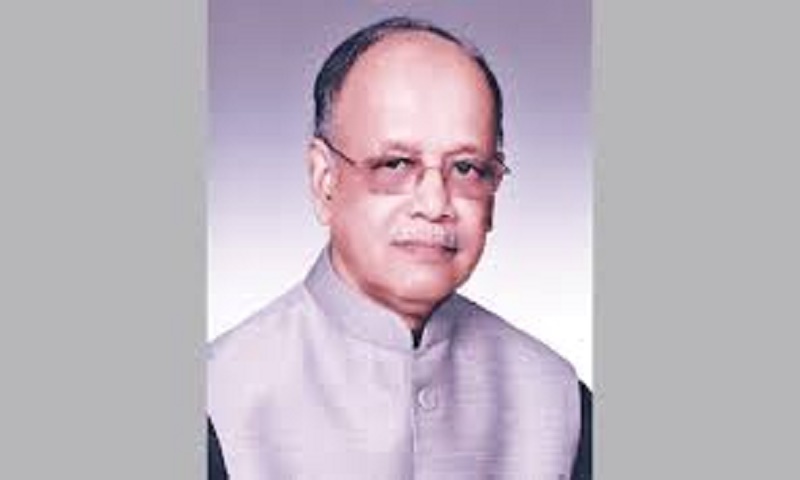 The grenade attack on 21st August 2004 on Sheikh Hasina, the then Leader of Opposition in the National Parliament was, by all definitions, a mission undertaken by the state apparatus under Begum Zia. Simply speaking, it was a premeditated state-sponsored mission to kill no other than one of the surviving daughters of the Father of the Nation, Bangabandhu Sheikh Mujibur Rahman. On that day fourteen Arges hand grenades were lobbed at a public rally held in front of the Awami League’s Central Office at Bangabandhu Avenue in the late hours of the evening. They were aimed at Sheikh Hasina, who had just completed her Presidential address and was preparing to leave the venue. The speakers on that day spoke from a truck used as a stage. The attack killed 24 party workers and injured three hundred, some permanently. Ivy Rahman, the General Secretary of Mohila Awami League and wife of Zillur Rahman (later President of Bangladesh) was amongst those grievously injured. Few days later she died in the Dhaka CMH.

The 21st August attack is seen by many as an extension of the mayhem created on 15th August 1975 by a section of the armed forces (both serving and retired) where Bangabandhu and his entire family were brutally murdered, including the wife of the Father of the Nation and their nine-year-old son, Sheikh Russel. On that day, two other families were virtually annihilated, that of Sheikh Moni, the nephew of Mujib, and the other of Abdur Rab Serniabat, his brother-in-law. Luck, however, favoured the two daughters of Bangabandhu, Sheikh Hasina and Sheikh Rehana, who were in Germany, where Sheikh Hasina’s husband, Dr. Wazed Miah, was on a long-term professional visit.

The killers were not completely satisfied with the results of their massacre, as they could not annihilate Mujib’s total family. By now the world knows that the then-Deputy Chief of Army Staff and later the founder of BNP, General Zia, was one of the accomplices to this mission ‘Annihilate Mujib’s Family.’ He was also the major beneficiary of the killing of the Father of the Nation.

Since the day Sheikh Hasina returned to Bangladesh after six years in exile, a bullet has been constantly chasing her and on a number of occasions attempts have been made on her life. On 24th January, 1988, while on an anti-Ershad movement rally in Chittagong, the police fired on the open truck carrying her to a pre-announced rally and killed twenty four of her workers. She was saved by these brave souls who formed a human shield around her. On 21st August it was again her party workers who came to her rescue, many sacrificing their lives.

After the fall of Ershad, Begum Zia formed the government in 1991 with massive support from Jamaat-e-Islami, a party branded a terrorist organisation by the International Crimes Tribunal during the trial of those accused of committing crimes during our Liberation War in 1971.  In return, she allotted a number of reserved seats for women to Jamaat and, in several localities, supported Jamaat and other reactionary forces in becoming Members of Parliament. During her first term as Prime Minister, she allowed substantial space to militants to organise their outfits and, when she again formed the government in 2001, she not only formed an open alliance with Jamaat but also inducted two of its senior leaders, Motiur Rahman Nizami and Ali Ahshan Mohammad Mujahid into her cabinet. Her 2001-2006 tenure was a period when all sorts of militant and terror outfits like Islami Chhatra Shibir, HUJI, JMB, JMJB, Harkat-ul-Jihad and Hijbut Tahrir had a heyday. They became so desperate to show their organisational power that they even detonated five hundred improvised bombs all over Bangladesh on 17th August 2004. Just before that, on 1st April, a huge consignment of modern weapons, including hand grenades, was intercepted in Chittagong, presumed to be destined for secessionist groups in North East India. During Zia’s rule, as well as that of his wife Begum Zia, secessionists always received support from the government to carry out operations in these areas.

The rally on 21st August was called to demand an end to all sorts of militancy and terrorism in Bangladesh. Unfortunately it ended in a bloodbath. A day after the incident a one-man judicial enquiry was formed under the direction of Justice Joynul Abedin, a judge of the High Court Division of the Supreme Court. Justice Abedin, in his long report, identified some foreign powers (read India) as involved in the incident. Begum Zia, instead of condemning the mayhem, said in the Jatiya Sangsad, the grenade attack was staged by Awami League to discredit her government’s achievement and performance. Some other members of her party even said that the grenades were carried by Sheikh Hasina herself and detonated at the rally. The police had their own version. A CID senior officer, Ruhul Amin, produced one Joj Miah, a vagabond in the Ramna area, and said he was the real culprit who masterminded the grenade attack. The day after the incident, Awami League leaders went to Ramna Police Station to file a case. The police refused to accept it.

After the end of Begum Zia’s tenure in 2006 she was desperate to prolong her stay in power by manipulating the caretaker government concept. She failed to do so due to the anti-BNP movement, spearheaded by Awami League. The one eleven government opened a fresh inquiry into the incident in the month of June 2007. After this, the CID submitted a charge sheet against 22 people involved in the 21st August incident. A fortnightly English magazine (now defunct) in 2007 for the first time traced the incident to the infamous Hawa Bhavan, the den of Tarique Rahman, the eldest son of Begum Zia, who virtually ran a parallel administration alongside his mother’s. The magazine wrote that the planning of the entire incident was organised by Tarique Rahman, one of the Deputy Ministers of Begum Zia’s cabinet, Abdul Salam Pintu, her Home Minister Lutfozzaman Babar, one time MP Kaikobad and a few other key people from the PMO and from government security outfits as well as some Jamaat leaders. Present at all these meetings were HUJI leader Mufti Hannan and a few other militants who later confessed to their involvement in the 21st August incident. Mufti Hannan also admitted that the grenades were given to them by Abdus Salam Pintu and his brother Maulana Tajuddin, another militant also taking part in the 21st August killing. In July 2011, the CID submitted a supplementary charge sheet against another thirty accused in the mayhem.

In a deposition by Major General (Retd) Sadeque Hassan Rumi, then a Director of DGFI, told the investigating officer that following the incident he personally requested Begum Zia to allow them to open an enquiry into the incident. Instead of giving him permission, she rebuked him for showing so much interest in the killings of 21st August.

The trial of all the accused took place in a Special Tribunal and, after a long and detailed hearing, the court on 10th August 2018 gave its verdict sentencing 18 of the accused, including Lutfozzaman Babar, to death and 18 others including Tarique Rahman to life imprisonment. Tarique Rahman had already been sentenced to ten years’ imprisonment in the Zia Orphanage Trust case. Though he has found political asylum in London since 2007, in the eyes of law he remains a fugitive. Those convicted, as expected, have appealed to the Higher Court for further review of the verdict. As required the ‘paper book’ has already reached the High Court and it is expected that the review of the trial court verdict will soon begin.

In every country where there is a multi-party political system, it is not unusual to have rivalry among political party leaders but nowhere are there incidents where thugs from one party want to kill their political opponents. In Bangladesh this phenomenon was introduced by the BNP under the guidance of Tarique Rahman with the tacit approval of his mother. It is a disgrace for politics and for the country. Tarique Rahman has made criminality in politics an art. His father was instrumental in introducing politics of conspiracy and intrigue in Bangladesh. History will remember them as villains.

As for the conspiracy to harm the daughters of the Father of the Nation, it did not end with the 21st August grenade attack. It is still going on and has even become stronger. There are now players not only inside Bangladesh but outside too who are desperate to destabilise the country. Bangabandhu’s daughters need to be more careful. The nation cannot afford to have another 15th or 21st August.