Challenge trials: The volunteers offering to be infected with coronavirus 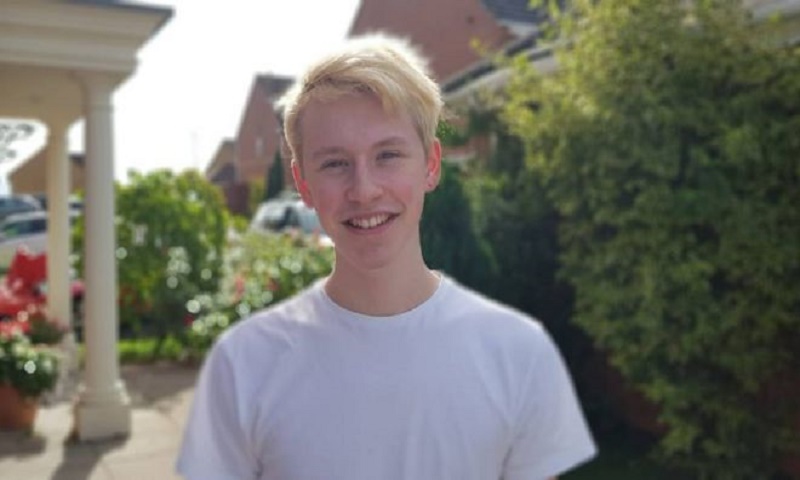 Would you agree to have coronavirus squirted up your nose? All, of course, in the name of science.

There are plenty who would, and indeed are campaigning to be allowed to take part in so-called "challenge trials" to try to accelerate development of a coronavirus vaccine.

Alastair Fraser-Urquhart is one of them. He's 18 and has just received his A-level results. Initially he did not have the grades he needed to study cancer biomedicine at University College London, until the government U-turn.

Now he does, he's thinking about taking a year out, in part to work with 1 Day Sooner, a group campaigning for Covid vaccine challenge trials.

"I'm in the lowest-risk category for Covid so why wouldn't I make that choice and help save other people who would deal with it far worse than me," he says.

A challenge study would involve volunteers being given a Covid vaccine and, a few weeks later, being infected with live coronavirus in order to test whether the jab has protected them. Those involved would be quarantined in a clinical research unit for two weeks and kept under close medical supervision to see if they get infected and develop symptoms.

So what do Alastair's family think? "It's fair to say they were not over the moon about it, but I haven't faced any significant opposition. My dad was definitely not chuffed when I told him in June. Both my brothers are OK with it."

How can challenge trials help?

The whole world is waiting for a Covid vaccine. There are now at least 30 experimental vaccines in human trials. Thousands of volunteers have been immunised. What happens next depends on where those volunteers live and how they behave. All have been told to maintain social distancing, and not to seek out coronavirus.

That's good advice for two reasons: only half the volunteers in trials will receive Covid vaccines, the rest will be a control group. Those taking part don't know, at this stage, which group they are in. Secondly, the vaccines may not work at all.

That's partly why so many trials are being set up in coronavirus hotspot zones in Brazil and the United States, the two worst affected countries in the world.

Challenge trials would take away the element of chance and you'd get immediate results.

I'm the BBC's medical editor. Since 2004 I have reported on a huge range of topics from cancer, genetics, malaria, and HIV, to the many significant advances in medical science which have improved people's health. I've also followed pandemic threats such as bird flu as well as Sars and Mers. Now I'm focusing on Covid-19 and its immense global impact.

What are we waiting for?

Not so fast. There are plenty of people willing to take part in challenge studies. But there are good reasons why no one has rushed into organising one.

Challenge trials have a long history. They have been used to test new vaccines against influenza, typhoid, cholera and malaria. Indeed the first vaccine, developed by physician Edward Jenner in the late 18th Century, involved what would now be regarded as a very dodgy challenge trial involving the eight-year-old son of his gardener. Jenner had noticed that dairymaids appeared immune from smallpox, a devastating viral infection, after suffering from cowpox, a harmless virus. James Phipps was inoculated with cowpox sores and then intentionally exposed to smallpox, but did not get infected. Smallpox is the only infectious disease to have been eradicated from the planet.

Nowadays, there is usually a rescue remedy at hand, in case volunteers fall ill after a vaccine challenge trial. Knowing there is an effective treatment means the risks to volunteers are kept at a minimum. That is not the case with Covid-19. There is no medicine guaranteed to prevent an infection from becoming serious, even life-threatening.

So what are the risks?

It's impossible to be precise about these. Around nine in 10 deaths with Covid-19 have been in people with underlying health conditions. Studies quoted by 1 Day Sooner suggest the risk of death for healthy and unhealthy people in their 20s could range from 1 in 3,300 to 1 in 14,000. But nearly all deaths in this age group are among people with underlying health conditions, so healthy individuals will be at lower risk. The statistics guru Prof David Spiegelhalter did a rough estimate for me and reckons, for healthy people in their 20s, it could be as low as 1 in 40,000. He says that is pretty much the same risk of them being killed in a road accident each year.

That sounds not too risky?

It may not sound very dangerous, unless of course you are the one in 40,000 or whatever the actual figure is. But it gets more complicated. The risk might depend on how much coronavirus is squirted up the nose. Some studies have suggested a link between the amount of virus exposure and the severity of illness. So a Goldilocks approach would be needed - the challenge volunteers would need enough virus to infect them, but not so much that it might overwhelm their immune system. To work that out, you need a preliminary series of dose-escalation trials, where volunteers would have no protection at all.

Alastair Fraser-Urquhart is ready to take part in those trials too, saying he's thought carefully about the risks. "What happens if I do end up seriously ill? If I do it will be for science and provide incredibly valuable data," he says.

Sean McPartlin, 22, is another would-be volunteer. From Ireland, he has a degree in philosophy and is studying in Oxford.

"My mother has a hereditary lung disorder and every day we go without a vaccine is a day that she takes a risk she doesn't have to," he says. "I want to do everything I can to help get that vaccine for her and everyone else like her as quickly as possible."

Sean says his family have been supportive. He thinks two weeks in a clinical research unit could help him focus on his studies, and the main threat would be boredom.

"Getting involved in a trial like this involves time and energy, and that's something I am lucky to have. I don't have any medical knowledge, so I can help in a different way."

Amy Letts, 36, has taken part in studies to test malaria and typhoid vaccines. For the malaria trial she had to submit to being bitten by several mosquitoes infected with the malaria parasite. For the other study she drank a solution laced with typhoid bacteria.

"I had a mix of reasons for taking part. Firstly, there is the potential good it can do. I was delighted when I found out that the typhoid vaccine I'd been given has been a success and is now being used to save thousands of lives.

Then there is the compensation. They do pay for your time. I lived very close to the research unit in Oxford so it was easy for me to pop in and have my daily blood tests and monitoring."

Amy tried to volunteer to receive the Oxford Covid-19 vaccine, but was excluded because it uses the same technology - a chimpanzee adenovirus - as the malaria vaccine she received there a decade ago.

So will challenge trials for Covid ever happen?

I think it is likely, but they may not get under way for months. The team behind the Oxford University/AstraZeneca Covid vaccine are apparently considering them.

Their vaccine is already in advanced trials involving tens of thousands of volunteers. A challenge study might complement that data, but it wouldn't replace it.

Prof Adrian Hill, director of Oxford University's Jenner Institute has said he hoped challenge trials could begin "by the end of the year".

Another leading coronavirus vaccine contender has also said it is considering challenge trials.

The head of vaccines at Janssen, a Belgian pharma company, said preparations were underway to ensure there were stocks of coronavirus on hand in order to allow such studies to take place.