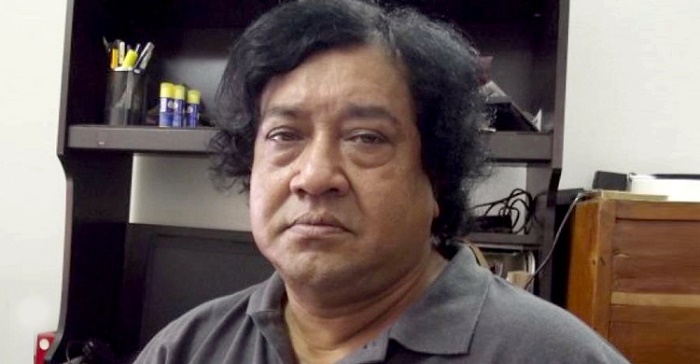 Mrinal Haque, a prominent sculptor of the country, passed away early Saturday. He was 62.

He breathed his last at his residence in Gulshan of the capital at around 2:00 am.

“He fell sick on Friday night at his Gulshan residence due to low sugar and oxygen levels. Later, he was taken to Evercare Hospital in the capital where doctor declared him dead,” he said.

His Namaz-E-Janaza will be held at the Gulshan Azad Mosque after Asr prayers and he will be buried at the Martyred Intellectual Memorial graveyard at Mirpur.

Born on September 9, 1958 in Rajshahi, the sculptor is best known for making murals on the city streets of Dhaka.

However, his some sculptures have long been subjects of criticism for their aesthetic values and lack of opacity.

Born on September 9, 1958 in Rajshahi, Mrinal Haque received his education from Rajshahi Cadet College. He later received his Bachelor and Masters degrees from the Institute of Fine Arts of the University of Dhaka.

He went to the US in 1995 and started making sculptures. He returned to Bangladesh in 2002 and settled down permanently.

Some of his works include 'Balaka’ in Motijhee, 'Ratnadip' in front of the Prime Minister's Office, 'Rajoshik' near Hotel Intercontinental, 'Janani O Gorbito Bornomala' at Paribagh intersection 'Kotoyal’ in Eskaton, ‘Lady Justice’ placed behind the Annex Building of Supreme Court.

He participated and received awards in many national and international exhibitions. His exhibition was held at the Consulate of Bangladesh in New York City in 1999, celebrating the 28th anniversary of Independence of Bangladesh portraying themes of the Liberation War.

Inspired by the world-famous Madame Tussaud’s wax museums, Mrinal opened his own celebrity museum in Bangladesh under the title of "Mrinal Haque's Celebrity Gallery" on December 8, 2018 at Gulshan in the capital.