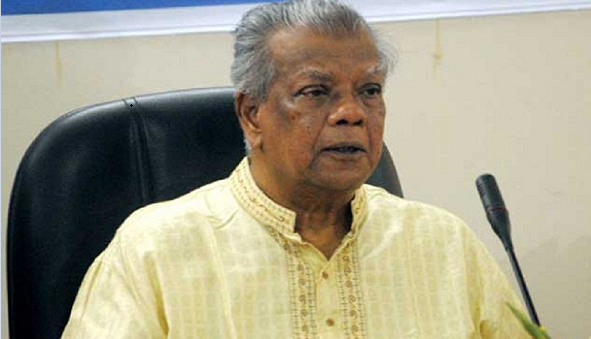 Awami League presidium member Amir Hossain Amu said the main goal of the August 21 grenade attackers was to eliminate the top leadership of his party.

“The attackers wanted to get rid of Awami League by killing its president Sheikh Hasina and eliminating party’s top leadership,” Amu, also the spokesperson and coordinator of the 14-party alliance, said in a video message today recalling the attack in 2004.

Amu said the Awami League president is being targeted repeatedly as the conspirators behind the killing of August 15, 1975 want to complete their unfinished job by murdering the two daughters of Father of the Nation Bangabandhu Sheikh Mujibur Rahman.

“The plotters of 1975 wanted to eliminate the leadership of Awami League and Bangladesh as well by killing the four national leaders inside the jail, after gunning down Bangabandhu along with most of his family members. The main goal behind the August 21 attack was the same. But with divine blessings of almighty, Sheikh Hasina survived the attack,” he added.

The senior Awami League leader prayed for eternal peace of the departed souls of August 21 victims and conveyed his sympathy to the bereaved families.