Aug 21 was a ‘political plot’ to bury BNP leadership: Gayeshwar 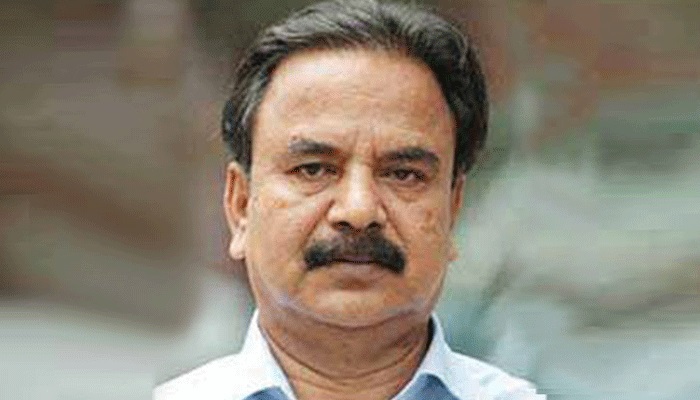 BNP senior leader Gayeshwar Chandra Roy on Friday said the August-21 grenade attack on an Awami League rally in the capital was a ‘political weapon’ to bury BNP leadership and create a ground for the 1/11 political changeover in 2007.

"The August-21 incident was not limited to a big plot to assassinate Hasina (current PM). This incident was mainly used as a political weapon to bury the leadership of the nationalist forces,” he said.

Speaking at a milad mahfil-cum discussion, the BNP leader said, “The real culprits are still alive and safe. They’re there both in the country and outside of it, and there’s no reason for the government's intelligence agencies to be unaware of that. Since it’s a matter of political calculation, the facts will never come out.”

He said the entire politics has been endangered with an effort to suppress the truth with lies regarding the incident. “The August-21 incident could be an arrangement for bringing the 1/11 (army-backed) like regime.”

The BNP leader also said BNP and its chairperson Khaled Zia have become the victims of 1/11 while Awami League and Sheikh Hasina are beneficiaries of it.

Dhaka district unit BNP arranged the programme in memory of its former president and party vice-chairman Abdul Mannan who died on August 4 last at a city hospital.

On August 21, 2004, a grisly attack was carried out on an anti-terrorism rally of Awami League at Bangabandhu Avenue when the BNP-Jamaat alliance was in power. Prime Minister Sheikh Hasina – then opposition leader -- was the main target.

At least 24 leaders and activists of the party, including its women affairs secretary and late President Zillur Rahman’s wife Ivy Rahman, were killed and 300 others injured. Hasina narrowly escaped the attack but her hearing was badly impaired.

A Dhaka court on October 10, 2018 sentenced 19 people, including the then BNP-led government’s state minister for home Lutfozzaman Babar to death. Tarique Rahman, the eldest son of Khaleda Zia, and 18 others were also sentenced to life imprisonment.

Gayeshwar, a BNP standing committee member, said the August-21 incident was aimed at making the state and the then government unstable and embarrassed.

He said had Khaleda and Tarique been involved in the incident, people would have unseated them from power at that time. “But not a leaf even moved and there was no voice from people as they could realise that such misdeed couldn’t be committed by a democratic government.”

The BNP leader admitted that they had some mistakes when their party was in power for which they are still paying direly. “But those who carried out the misdeeds on August 21, they didn’t suffer for it. They’re rather trying to be stronger around us. This (Aug-21 incident) plan was not plotted in Bangladesh as it came from somewhere else.”

Gayeshwar said it is their government’s failure to make the real perpetrators of the barbaric incident public.