Gruesome 21 August and a Dauntless Leader 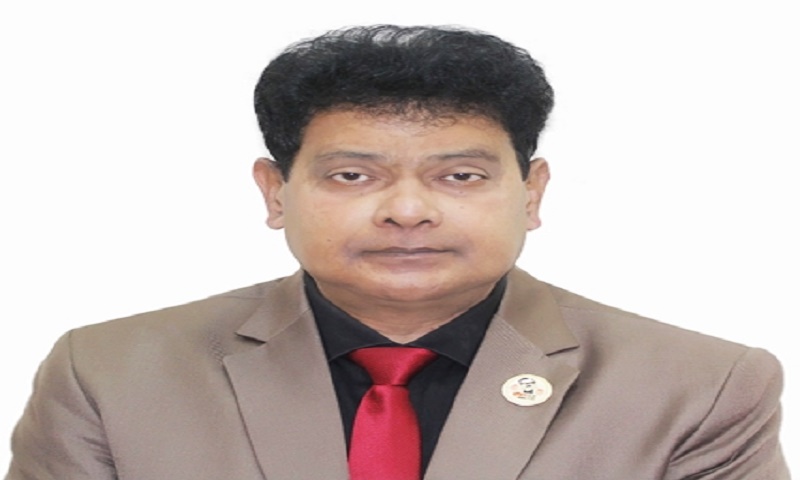 During her premiership in the period of 1996 to 2001, when Bangabandhu’s daughter Sheikh Hasina was leading the country towards a peaceful socio-economic prosperity by virtue of a supreme application of her leadership capabilities, just at that moment, BNP, slyly influenced by the anti-independence Jamaat quarters, plotted to gain power by hook or by crook and cunningly hacked the result of the elections. After the formation of their government on 1 October 2001, people supporting the pro-independence spirit including members of the minority community began to suffer savage and brutal persecution and simultaneous threats so that they might not expose these hideous activities to the media or seek for justice. Within weeks, people came to realise that the days ahead were going to be unbearable.

The common people saw in stark surprise and awe that the miscreants who had once planned to kill their beloved children, to ravish the honour of their mothers and sisters, took the state power in the sovereign independent Bangladesh. The Jamaat-e-Islami aggression engulfed BNP in such a way that militancy surged up even under the supervision of the state. Bengalis came to know the names of militant organisations like JMB, Bangla Bhai, HUJI and others. In some areas, the terrible memory of the atrocities of 1971 returned as the persecution in the name of religion grew apace. Exploding bombs in 500 places across the country at the same time, the pro-Pakistan groups seemed to announce that they were now ready to unleash attacks on the sovereignty of Bangladesh. But interestingly, these attacks were not directed to BNP or Jamaat-e-Islami workers, but fell upon the people who cherished the spirit of freedom and as members of opposition party strove to struggle for restoring democracy. The brutal grenade attack on 21 August 2004 on an Awami League rally with a view to decimating the people’s leader Sheikh Hasina was a devastating example.

In fact, the BNP-led coalition government was so unsuccessful in its governance in comparison to that of the precursor Awami League government that they knew their own public support waned to the lowest owing to the movement organised by the opposition Awami League led by Sheikh Hasina to restore the rights of food and voting. As a result, a free and fair election would certainly hand over Awami League a great victory. Awami League’s victory would mean not the loss of power but a rigorous implementation of their avowed promises to bring the killers of Bangabandhu and the war criminals to trial and punishment. The fear had upset Jamaat-e-Islami while BNP had actually lost its self-control and turned into a pawn in the hand of Jamaat-e-Islami. Their only objective was to turn Awami League void of its leaders. Hence, they hatched the blue-print of an apparent terrorist attack.

The party rally ended on august 21 at around 5:40 p.m. in front of the Awami League office on Bangabandhu Avenue. After finishing her speech from a hoodless truck, Sheikh Hasina strode to the corner of the truck to climb down the ladder. It was right at that moment one of the most brutal and despicable inhuman incidents in Bangladesh politics took place. Grenades exploded one after another with a loud boom. Blood flowed all around. The deadliest attack in the history of Bangladesh’s politics took toll of 24 lives. Among them there was the then Awami Mohila League chief, Ivy Rahman. The image of the expressionless face on her body with dismembered lower part, published in the news dailies, was actually a symbol of the morbid face of our country relentlessly tortured by the BNP-Jamaat cycle. On that day, several hundreds of Awami League supporters were wounded in the grenade blast, from which they are still suffering. Mohammad Hanif, the first elected mayor of Dhaka City, died a year and a half after succumbing to a fatal battle with the pain caused by splinters.

Sixteen years have passed after that. But the bloodstain of that afternoon is still alive in every Bengali’s heart. The honourable Prime Minister Jononetree Sheikh Hasina, who was then the opposition leader, had a narrow escape from death in the grenade attack at Awami League's anti-terrorism rally that day. But one of her eardrums was torn which led to a permanent damage of her hearing ability.

But despite accelerating the process of proper investigation and trial of the horrific attack, the ministers and MPs of the then four-party coalition government began to speak out against the Awami League. It was said that the Awami League had carried out the grenade attack to gain the sympathy of the people. Even standing in the National Parliament, the opposition did not hesitate to blame Awami League. A scandal of Indian support was also spread around. Even the judicial commission of Justice Zainul Abedin claimed that there was no militant group behind the attack and that the blast was carried out by the intelligence agencies of the powerful country across the border with the help of fugitive terrorists.

One Joj Mia from Noakhali was set up as the self-confessed attacker, although later on, his own mother revealed that it was a fake arrangement. Most regrettably, the people of the country came to know that the then head of government also forbade the intelligence agency from investigating the matter. The then Prime Minister formed a committee comprising military-civilian officers of her preference to investigate the August 21 killings. However, the report of the committee was never brought to light.

Even after being arrested from Badda area of the capital on October 1, 2005, Mufti Abdul Hannan, the top leader of the banned militant group Harkat-ul-Jihad, gave details to the Joint Interrogation Cell (JIC) about the incident along with a confession regarding his involvement in the August 21 grenade attack. But there were no visible efforts to file a case against him or to record a deposition from him in the court. The then coalition government did not take any action to arrest the grenade attackers and associates who had been mentioned by Mufti Hannan. Therefore, since the administration showed no willingness to bring the self-proclaimed attackers to justice, it became clear to one that the attack had been carried out under BNP-Jamaat administrative supervision.

But history never forgives the wrongdoers. The army-backed caretaker government came and started investigating the grenade attack case in 2007. A total of six militants, including Mufti Hannan and his associates, gave depositions in court in November 2007. From an analysis of their statements, came out the details of the grenade attack including the names of the frontline attackers and their associates, the plan, and the supply of grenades. Later, the former Deputy Minister of the last BNP-led coalition government, Abdus Salam Pintu was arrested on January 17, 2008. From the investigation, it was revealed that the militants had a planning meeting at the former deputy minister’s house in Dhanmondi just three days before the attack took place. Mufti Hannan also admitted this in the court statement. The investigating officers had no doubt that the former Deputy Minister’s brother Maulana Tajuddin had supplied the grenades brought from Pakistan for the attack.

The trial began in June 2008 against 22 people including Mufti Hannan. But for some unknown reasons, the trial was delayed. Later in 2009, Awami League came to power, investigated the case further and in 2011, 32 more were indicted with supplementary charge sheets. The final verdict came on October 10, 2018. The court sentenced 19 people including former Home Minister Lutfuzzaman Babar and Deputy Minister Abdus Salam Pintu to death; 19 people including Tareq Rahman, Haris Chowdhury, and former MP Kaikobad were sentenced to life imprisonment. The verdict proved that the then ruling BNP-led coalition government had carried out that savage and brutal attack on August 21, 2004 using banned militants to destroy the ideals and blood legacy of the harbinger of the freedom of Bangladesh, Father of the Nation Bangabandhu Sheikh Mujibur Rahman.

Bangabandhu’s worthy daughter the honourable Prime Minister Sheikh Hasina carries along within her personality the inheritance of his leadership. She has devoted herself to the benefit of the country and the nation keeping his father’s ideals aloft. But along the way, the daughter of Bangabandhu had to endure many reproaches and obstacles. Those Jamaat oriented groups who spoke the Bengali tongue but wanted to put the alien Urdu language on top of it during Pakistani regime and the subsequent Liberation War, called the freedom seeker Bengalis hindu and kafir, and still dream of annexing Bangladesh again to Pakistan have always been active in the political life of this country in some way or other.

One of the ultimate goals of the people’s leader, the honourable Prime Minister Sheikh Hasina’s life is to implement the coveted dream of Bangabandhu by putting those war criminals to trial on the soil of this country, who have never been repentant for their roles in 1971, rather, have felt proud and bluntly tended to justify themselves. This is because there is a strong conflict of reactionary communalism with the spirit reared by Bangabandhu Sheikh Mujibur Rahman.

Along this dangerous path of upholding the ideals of the Father of the Nation, she has been prey to life-threatening attacks again and again. She might be in power or outside it, Bangabandhu’s daughter and the inheritor of his leadership Prime Minister Sheikh Hasina has always been appointed target of the retaliation of fundamentalists and pro-Pakistani sects. But very like her father, she could not be derailed from the gruelling and gruesome orbit of her own duty with threats of life.

In fact, the month of August has given Sheikh Hasina as much strength to carry along, to the next generation, the spirit that Bangabandhu infused in the hearts of the people of his times, as it has inflicted pain and bereavement upon her and all the Bengalis. She has forgotten to care for her own life and uprooted one after another the seditious felons and thus ensured justice for the deprived who had been waiting for years. Proper judgment and punishment of the killers of Bangabandhu, the war criminals, the rising militants, the planners and perpetrators of the August 21 grenade attack has been possible in Bangladesh, only by virtue of honourable Prime Minister's rock-solid patriotism, her unshakable faith in the spirit of liberation, and very like her father, her unfathomable love for Bengalis in general. We firmly believe, these unique features of her leadership will continue to lead Bangladesh to the golden height of peace and prosperity.

Author is a columnist, writer, academic, Professor of English and Pro-Vice-Chancellor at Islamic University, Kushtia