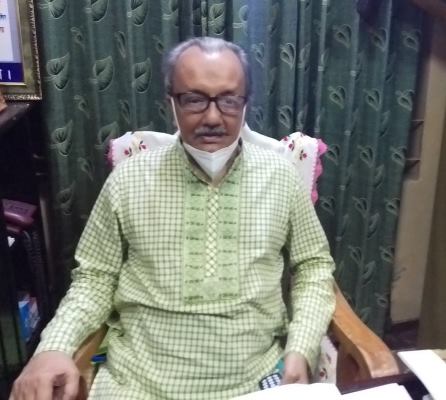 Arges grenade attack on a peaceful rally of Awami League on August 21 in 2004, killing scores of people is an unprecedented incident as such a deadly explosive is used in war.

This was said by chief prosecutor of the August 21 grenade attack case Advocate Syed Rezaur Rahman during an exclusive interview with Daily Sun on Wednesday.

“Arges grenades are usually used by arms forces of any country in a war. Throwing these violent explosives at a peaceful rally of the then opposition party Awami League is unprecedented,” he said.

The investigation found that the attack was an act of conspiracy to banish the then opposition leader and Bangabandhu’s daughter Sheikh Hasina, said Rezaur Rahman, also a prosecutor in the Bangabandhu killing case.

Some influential people within the then BNP-Jamaat government in association with local and foreign militant groups carried out the attack, he said.

Father of the Nation Sheikh Mujibur Rahman’s daughter Sheikh Hasina was the main target of the attack, Rezaur Rahman said, adding Awami League leaders and activists protected her by forming a human shield.

About detrimental effects of the attack on Hasina, the lawyer said she survived the attack but her right ear has been impaired.

Rezaur Rahman said anti-liberation forces teamed up with three local banned militant outfits and two international radical groups were involved in the attack which was patronised by some local intelligence officials.

Speaking about the “Joj Mia” drama, he said the BNP-Jamaat tenure made an innocent person scapegoat to hide real culprits.

Manipulation of the case story was detected in the reinvestigation which unmasked the identities of the perpetrators paving the way for trial, he said.

When the case was put on the right track, the accused person and their sympathisers tried to linger and block the trial.

“The prosecution team faced troubles caused by the accused at various stages of trial. By dint of expertise and sincerity, we surmounted the impediments.”

Referring to a long list of witnesses in the case, he said 225 prosecution witnesses, excluding defence ones, were testified, causing delay in trial.

On October 10, 2018, the trial court passed verdict in the case sentencing former state minister Lutfozzaman Babar and 18 others to death.

BNP chairperson Khaleda Zia’s elder son Tarique Rahman and 18 others were sentenced to life in prison.