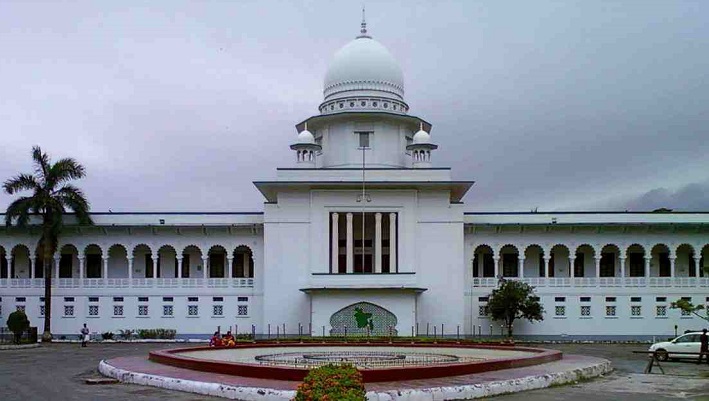 The Supreme Court has decided to cancel all of its vacations this year to make up for the loss in working hours due to Covid-19 lockdown.

The decision was taken after the Chief Justice Syed Mahmud Hossain directed to do so and the Supreme Court administration issued separate notices to this effect.

Regular activities of the High Court Division resumed on August 12 after five months of suspension due to Covid-19 outbreak.

In addition to public holidays, there are long vacations for the judges of the Supreme Court. This has been going on since the British period.

The entire month of September is marked as a holiday in the calendar of the Supreme Court for vacation. There is also a half a month holiday in December on the calendar.

As a result of this announcement of the Chief Justice, the activities of the court will be closed only during public holidays. There will be no separate exemption for the Supreme Court.

On August 11, Chief Justice Syed Mahmud Hossain formed 53 benches to operate the activities of the HC division at regular and virtual benches.

Among them, 18 benches have been operating regular judiciary activities and 35 virtually.

The Supreme Court announced general vacation since March 26 after the coronavirus outbreak in the country.

On May 10, an ordinance was promulgated allowing courts to run trial proceedings through videoconferences and other digital facilities. President Abdul Hamid promulgated the ordinance.

According to the Supreme Court calendar, the court is supposed to enjoy holidays for 180 days this year, of which 114 are weekends and 63 days are vacation.

All subordinate courts and tribunals across Bangladesh will now enjoy no vacations.