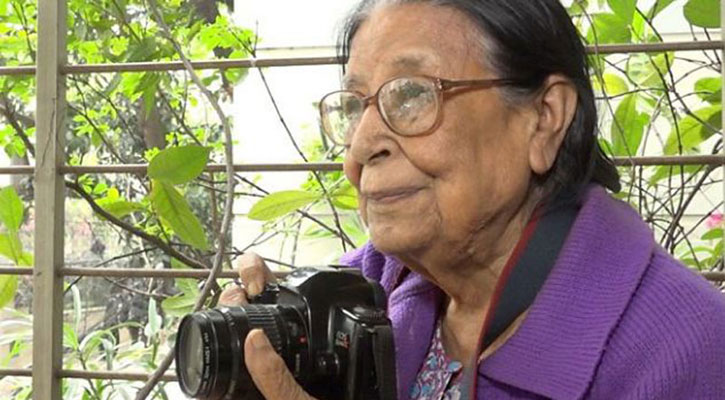 Sayeeda Khanam, the first female professional photographer of Bangladesh, passed away early Tuesday at the age of 82.

Sayeeda, the nation award-winning photographer, breathed her last at 2:45am at her Banani residence in the capital.

Photographer Joya Karim confirmed the news in a status posted on her Facebook page.

Family sources said that the photographer had been suffering from old age complications for long.

She worked as a photographer with the filmmaker Satyajit Ray in three of his films. She also did portraits of figures such as Queen Elizabeth, Neil Armstrong, Buzz Aldrin, Mother Teresa, Indira Gandhi, Bangabandhu Sheikh Mujibur Rahman and Satyajit Ray.

The photographer captured many photographs and events of the liberation war of Bangladesh in 1971.

She received the prestigious Ekushey Padak for his contribution in photography in 2019.

State minister for cultural affairs KM Khalid has expressed his deep grief at the death of Sayeeda Khanam.